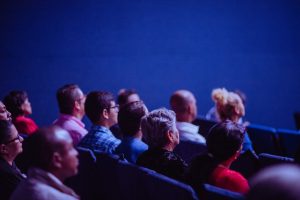 The idea of strengthening European universities by consolidating their forces, conceived by the EU Government a few years ago, is gaining momentum. The higher education institutions from different countries are rapidly forming international alliances based on long-term and strategic cooperation. On Thursday, December 9 KTU is inviting to a Forum, in which the changes in higher education across Europe and the value of such alliances will be discussed. The live broadcast of the Forum will be synchronically translated into English.

Five Lithuanian universities – Klaipėda University (KU), Kaunas University of Technology (KTU), Vytautas Magnus University (VMU), Vilnius Gediminas Technical University (VGTU, Vilnius Tech) and Vilnius University (VU) – were among the first to join active strategic partnerships with their colleagues from abroad and entered into different alliances. In the Forum, the experiences of these universities, as well as the challenges and the opportunities provided by the alliances for the development of European higher education will be discussed.

The Forum will bring together the representatives of the state and public institutions, visionaries of higher education and practitioners from European university alliances for a joint discussion. The Forum Programme includes presentations by experts in education, economics and other fields; the discussion will be moderated by Dovydas Pancerovas, a famous Lithuanian research journalist and writer. The event was initiated by Kaunas University of Technology (KTU), and jointly organised with other Lithuanian universities. 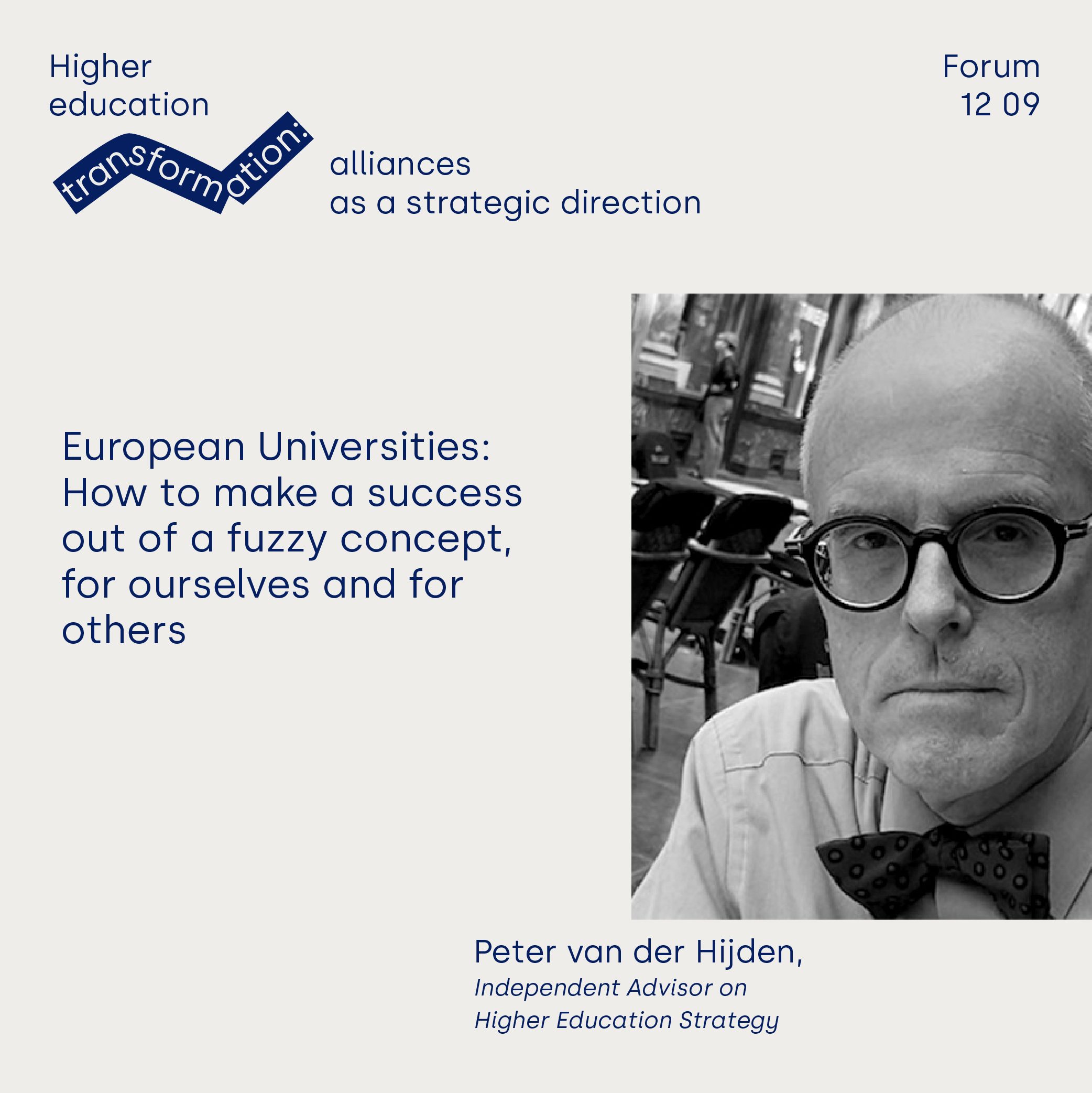 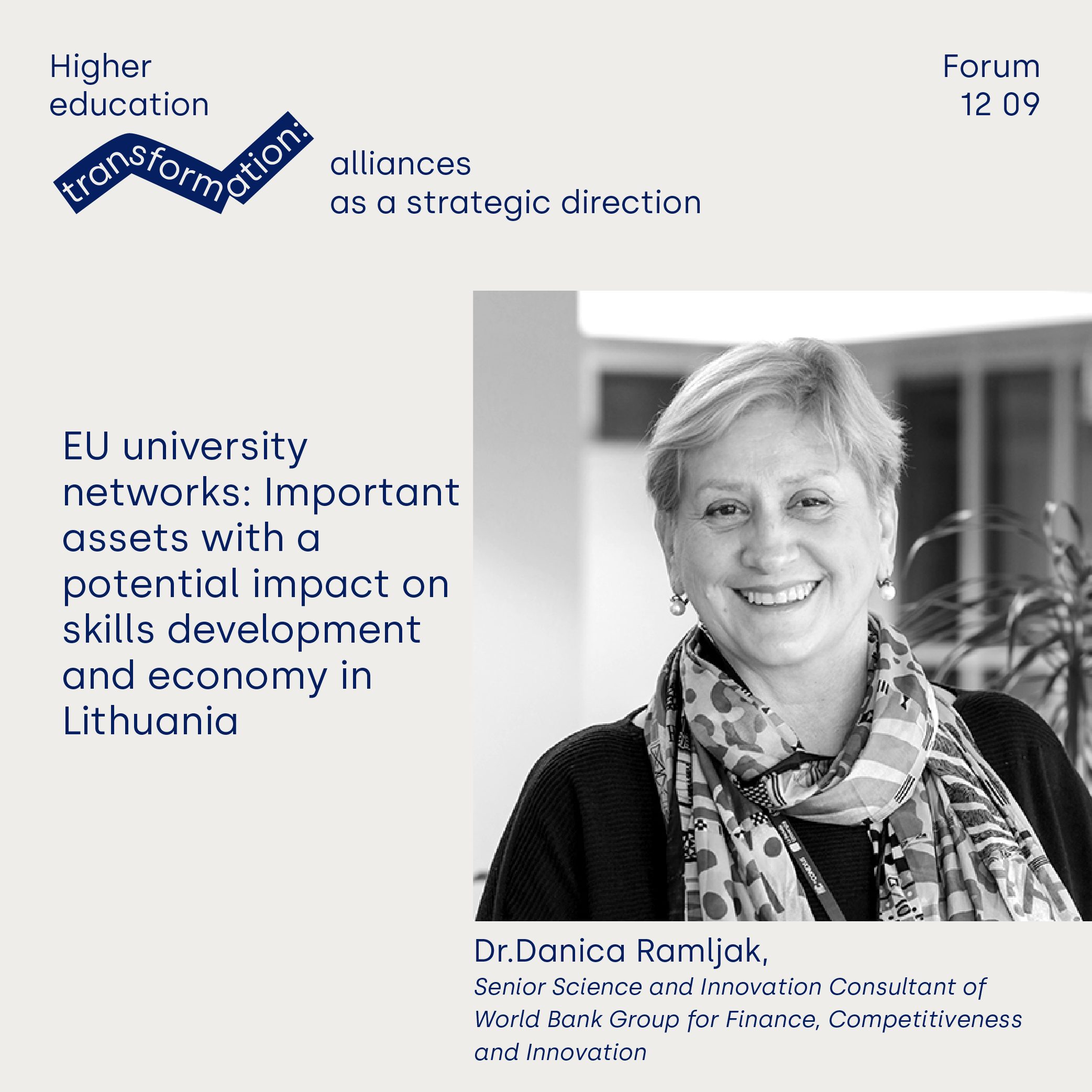 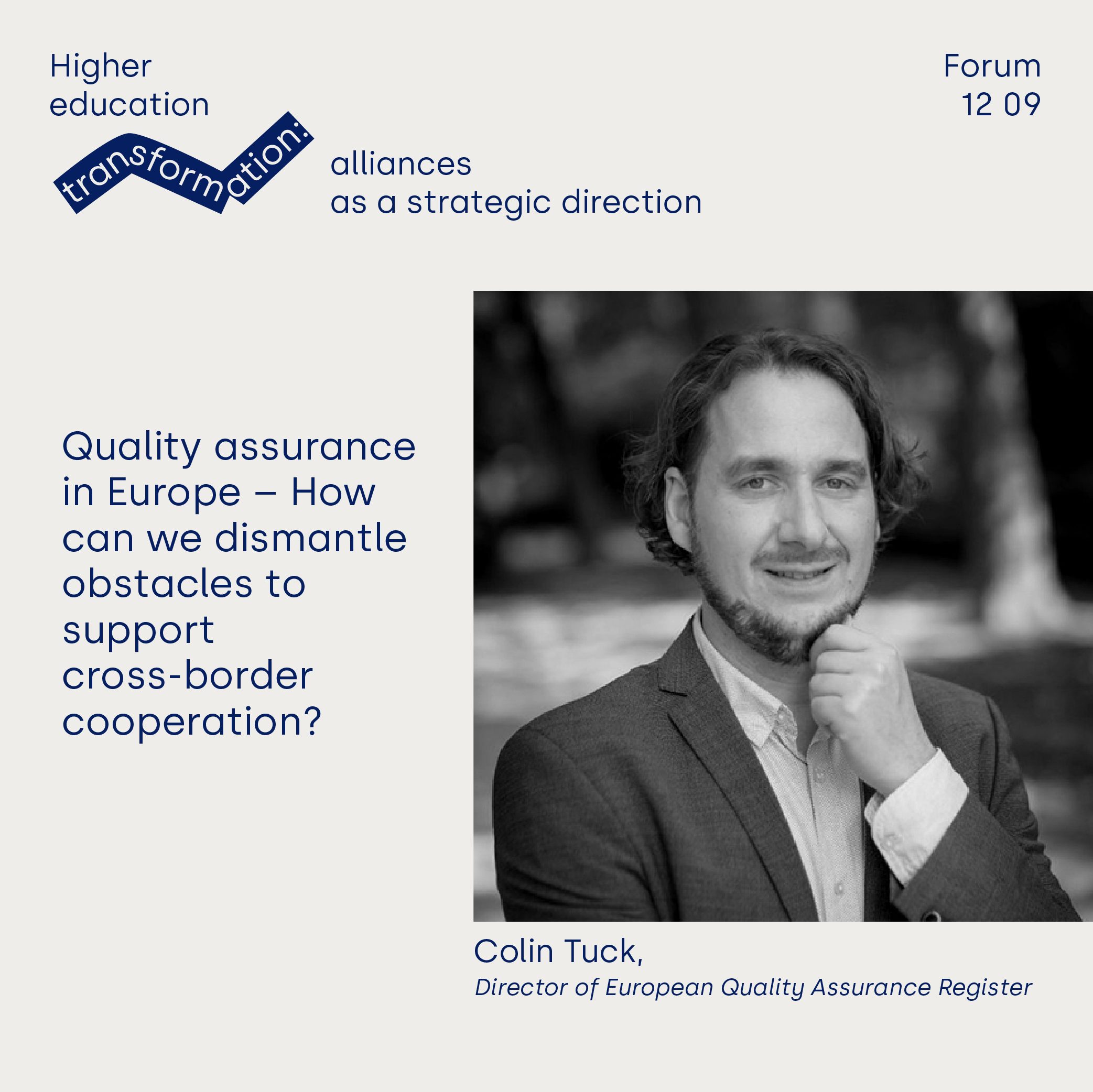 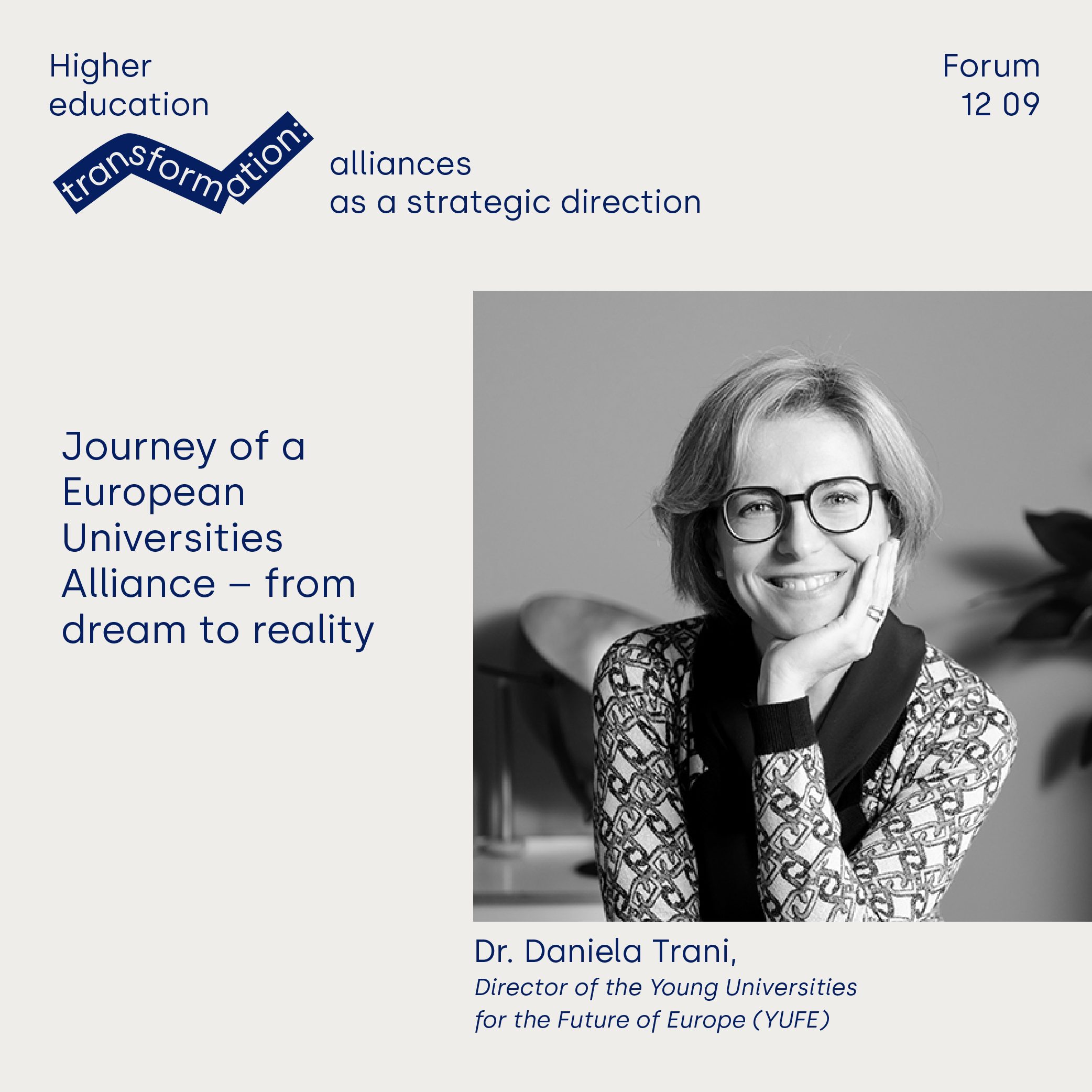 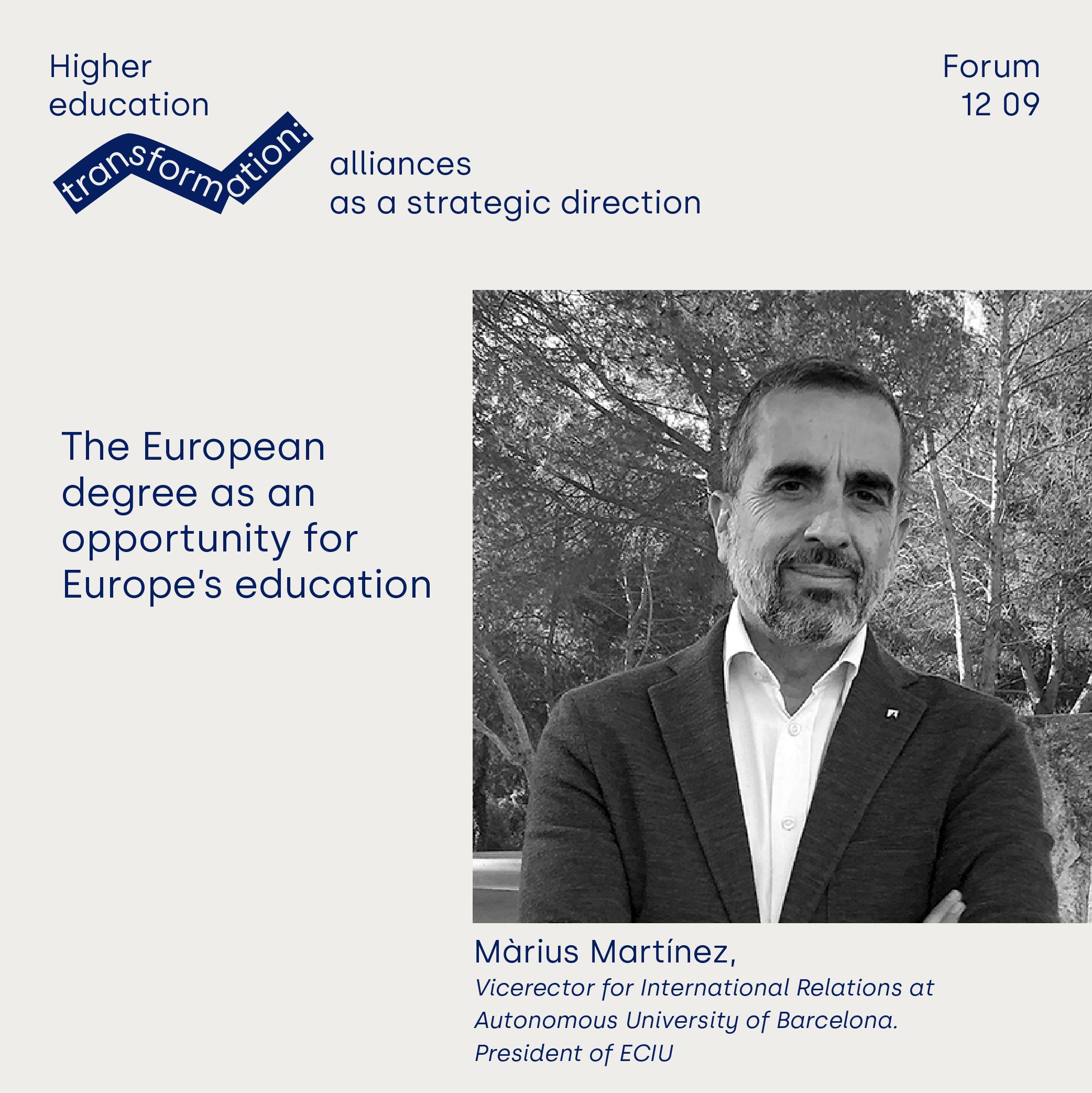 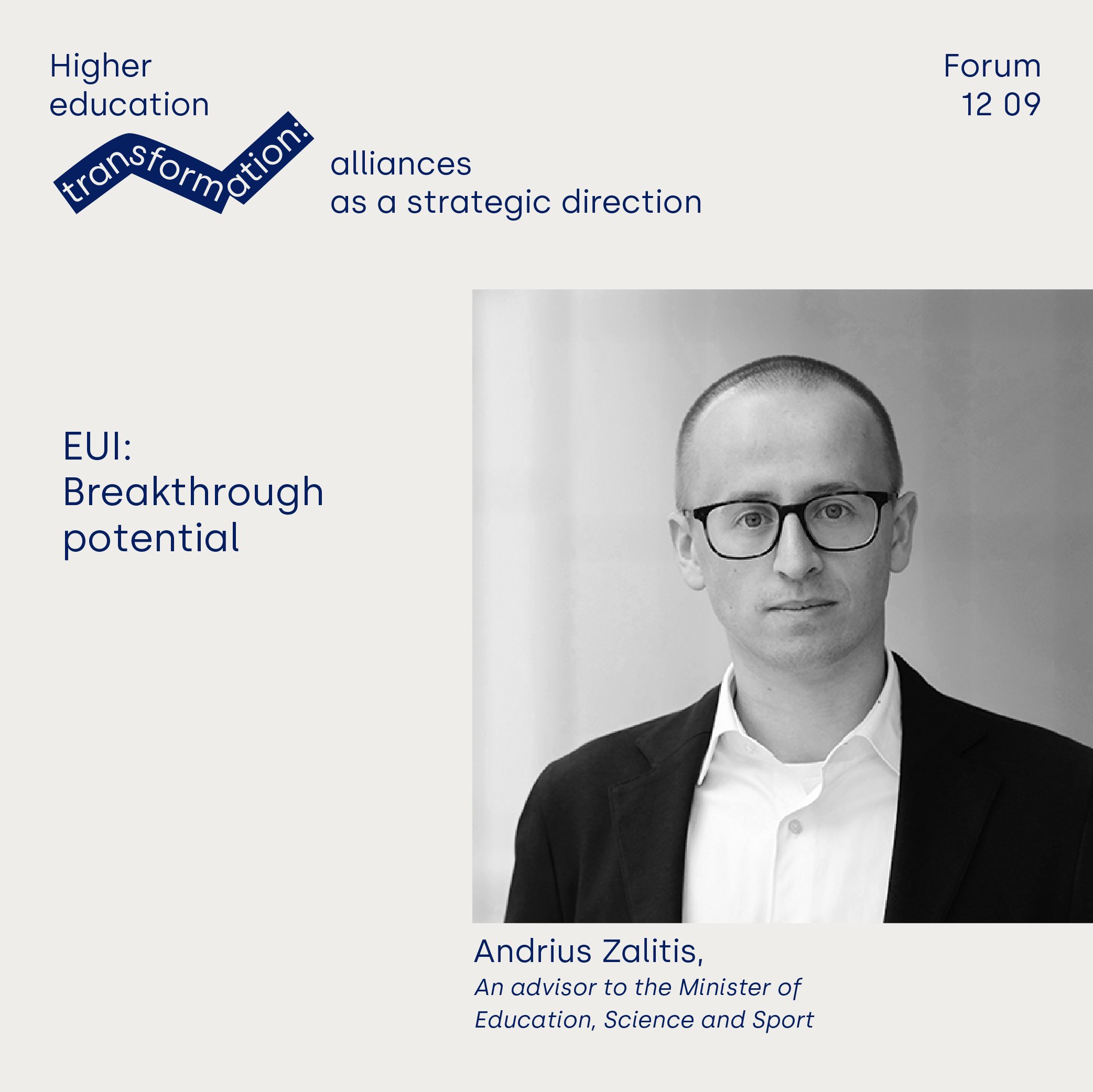 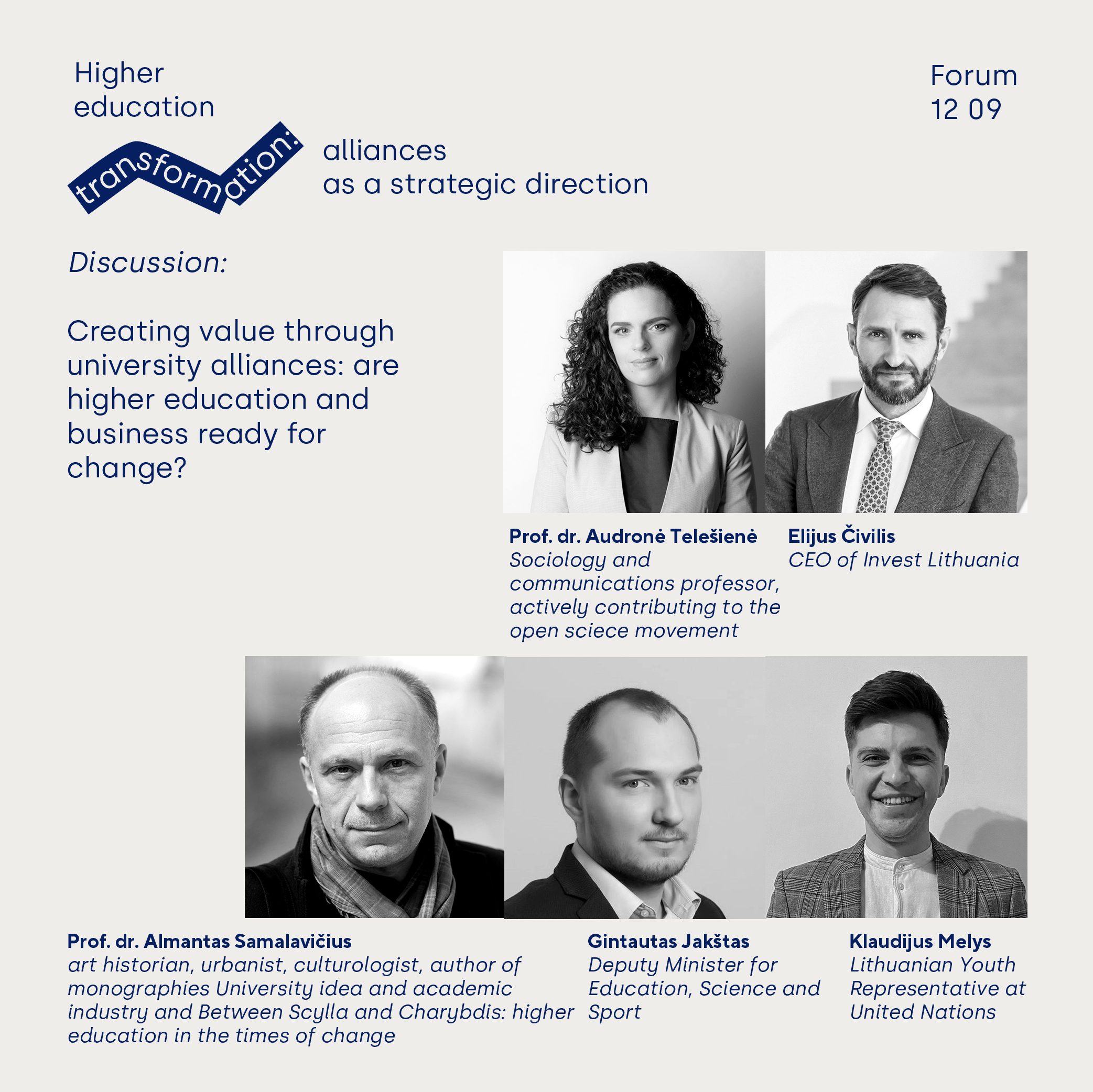 In 2017, at the Gothenburg Summit, EU leaders decided to create a European Education Area through the European University Initiative (EUI) aiming for the international competitiveness of European universities. Following the Initiative, higher education institutions in different countries are forming alliances with common goals.

Our country is well above average in terms of the number of institutions and students in the higher education sector, according to Andrius Zalitis, Adviser to the Lithuanian Minister of Education, Science and Sport, who will deliver a talk at the Forum. Following the results of the first EUI call, out of 17 funded alliances, three include Lithuanian universities.

“This was a great result, revealing that both Lithuanian state institutions and higher education institutions were interested in the formation of the initiative and were properly prepared for the start,” says Zalitis.

According to him, the idea of European Universities is based on several goals, one of which is the expansion of internationalisation. The need for this is reflected in the success of the European Erasmus+ mobility initiative: more than 10 million people have benefited from the programme since Erasmus launch in 1987.

“The proven format of the exchange has encouraged the educational community to look for closer connections and build long-term relationships based on projects that have lasted for at least a few years. The evolution of Erasmus+ reflects the growing needs of the community. Naturally, we are maturing for another stage of integration that promotes internationalisation. The initiative of European universities is leading us to this new stage,” says Zalitis.

The EU is also working to strengthen the global competitiveness of the higher education sector, aiming for Europe as a continent to become a centre of attraction for the students, and for universities to compete internationally.

“The European University Initiative is a tool whose success will allow the countries of the European Union to offer both local and international students a unique experience – studying not in one institution and country, but several different cultures,” said Zalitis about the future of alliances.

According to him, the development of the EUI will provide more incentives for the member states to jointly review certain aspects of the regulation of studies, including the recognition of qualifications, the evaluation of joint programmes and similar issues. According to Zalitis, in the future, the Initiative will become a phenomenon, which will facilitate mutual understanding not only among the higher education institutions but also among the states themselves.

“Another goal is the harmonisation of the systems. In this area, much has been achieved thanks to the Bologna Process Platform of the European Higher Education Area, but some of the proposed measures have stalled in the countries since the real need for their implementation was not high enough to become a political priority,” says the Adviser to the Lithuanian Minister of Education, Science and Sport.

More opportunities for mobility and collaboration

The education ecosystem is changing, and European University Alliances are taking the lead in this transformation. However, Peter van der Hijden, an independent adviser on higher education strategy from Brussels, also perceives some challenges in the process. In his view, it is currently unclear whether the alliances are seeking closer cooperation between the institutions involved or the establishment of a single multifunctional institution. Among other questions, his presentation during the Forum will also address these issues.

“I believe, that the deliverables of European Universities should serve both locals and (less so) internationals,” says Van der Hijden.

According to him, not everyone understands the benefits of the EUI; sometimes the Initiative is being considered as incompatible with the more common subject-area based collaboration and networking in education and research: “Part of the academic community believes that the transaction costs or running a European University Alliance are too high i.e., time is spent on Alliance management instead of time spent on core tasks in education and research.”

However, Zalitis believes that this is a new stage of internationalisation in higher education, deep and long-term integration, which will allow the institutions to experiment and develop new formats for mobility, exchange the experience and cooperate: the format of the alliances themselves will guarantee their longevity.

“Of course, new trends can be expected in other institutional activities. It would be difficult to name an element of university life that this initiative will not touch. All participating higher education institutions will likely take over valuable experience from their partners and strengthen their activities: didactics, organisation of studies, issues of accessibility and flexibility, management systems of higher education institutions themselves, quality assurance of studies and other activities. In time, these lessons will take shape of progressive ideas for the entire Lithuanian higher education system,” he believes.

In the future, more than 20 strong European universities will emerge

According to Van der Hijden, the main challenges in implementing European University Initiative are related to both the university managements and for the governments: the universities need to organise ownership and demonstration of benefits, and the governmental challenges include finding the courage to remove legal obstacles thus allowing Alliance partners to integrate part of their missions, reach out to new audiences and strive for excellence in their respective domain.

“It is also important, at the governmental level, to find the money to top up funding of universities that participate in European University Alliances on the presumption (to be proven) that they will score high on reaching out to new audiences and achieving excellence in their respective domain,” notes Van der Hijden.

He is convinced that in the future we will have around 20-30 strong European universities that will be able to compete globally, and the most competitive alliances, university groups (mostly national, some international) will also receive more funding from the EU.

Zalitis, the Adviser to the Minister of Education, Science and Sport believes that one of the main reasons that may hinder Lithuania’s integration into alliances is the tradition of over-regulating all processes by laws and legislations. He emphasises that the stricter and more detailed the regulation, the less flexibility there is to experiment. However, this challenge can be solved.

“We have formed a working party in the Ministry, the main long-term purpose of which is to identify legal obstacles and seek common solutions that would allow universities to integrate into alliances. We are also discussing the development of the Initiative itself at the European level to ensure greater stability and clarity for the institutions. The development of the alliance’s activities should be carefully considered not only by the universities themselves and the Ministry, but also by a wider circle of stakeholders, including business, non-governmental sectors, and other state institutions,” says Zalitis.

The Forum “Higher education transformation: Alliances as a strategic direction” will take place on Thursday, December 9, 2021, from 9:00 to 12.30 CET. The event will be held in Lithuanian and English with simultaneous translation into both languages.

In English, the event will be broadcast via ZOOM: https://liedm.zoom.us/j/83072538448?pwd=OS9NSEpPa1dURWkvalkxTGlWbW9kUT09

The full programme of the Forum is here.