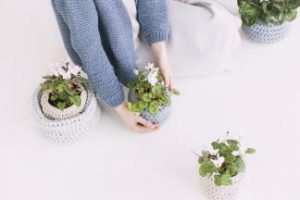 According to Professor Klaus Schwab, the Founder and Executive Chairman of the World Economic Forum, social entrepreneurship is the sector, which is most likely to grow during the age of Industry 4.0. He says that every industrial revolution in the world history had not only caused the loss of some jobs, but also created new positions and possibilities.

“After the first industrial revolution the whole service sector, which was inexistent before, was created. I believe that we will see this happening once again. In my opinion, this new sector will be social entrepreneurship, which is related to social processes and relies on creativity”, said Klaus Schwab, Honorary Doctor of KTU, during his lecture at last October.

Professor Klaus Schwab together his wife Hilde have created a special foundation to support social entrepreneurship, which today has 350 members. The foundation supports young entrepreneurs, who create innovations meant not necessarily to make money, but to help people.

“On one hand, social enterprise aims to solve a certain social problem by applying self-financing commercial model, which reinvest the most part of the revenue to solving the same problem. On the other hand, this type of organisation is more efficient in using the resources and creating value than traditional organisations”, says Daina Kleponė, General Manager at Enterprise Lithuania.

The expansion of social entrepreneurship in Lithuania is accelerating: the concept, approved by Lithuanian Ministry of Economy in 2015, in 2017 has materialised in a project for the legislation. It is expected that the legislation will be approved by the parliament this year.