A new biotechnological invention promises to give humans unprecedented control over nature. So-called gene drives change the probability with which genes are transmitted from generation to generation. Normally, when organisms reproduce, each gene of the two parent organisms has a roughly 50% chance of passing on to the next generation. By artificially increasing this probability to close to 100%, gene drives ensure that the frequency of specific genes in a target species increases over time.

The consequence is that the genetic profile of entire species can be modified with relatively little effort. This is interesting, for example, for stopping infectious diseases, such as Malaria or Dengue fever, that are transmitted by mosquitoes. Gene drives could modify mosquito populations to make them physiologically incapable of transmitting diseases. They could also insert a genetic kill-switch that would make mosquito populations go extinct. The same could be done with invasive species, such as certain fungi or worms, which cause billions of dollars in damage every year to global agriculture. Or with foreign species that threaten vulnerable ecosystems. 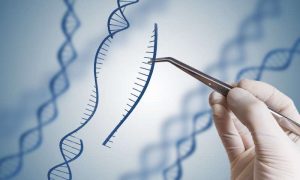 Research on gene drives is rapidly moving towards the first open field trials, expected either this year or the next. While the potential benefits for public health and sustainable development are enormous, so are the risks. Gene drive organisms would rapidly spread throughout entire ecosystems. The consequences of genetic modification on such a scale, or the consequences of spontaneous mutations in the drive, cannot be predicted. Gene drives thus create potential risks that go far beyond traditional biotechnological applications, such as genetic engineering in agriculture. What is even more worrisome is that, at present, there are no international rules for assessing and managing risks associated with gene drives, or for ensuring adequate compensation in case they cause environmental damage across national borders.

As part of a 3-year project on “institutional adaptation to technological change”, funded by the Lithuanian Research Council, we are currently looking at potential options for closing the existing gaps in international law. The only international forum presently dealing with the global governance of gene drives is the United Nations Convention on Biological Diversity. What is needed here are robust international rules on risk assessment and  management, combined with a moratorium on open field trials until such rules are in place. However, while technology develops rapidly, international law-making is slow. The first opportunity to put in place an effective international legal framework will be the conference of the parties to the Convention on Biological Diversity scheduled for late 2020.

Presumably, this will also be the last opportunity for developing international rules before field trials move ahead. In the process leading up to the 2020 conference, negotiators need to build political momentum  while drawing more strongly on the expertise of natural scientists and governance specialists. Although the potential benefits of gene drives are enormous, appropriate rules need to be put in place before, not after, serious biosafety risks arise.

Written by Dr. Florian Rabitz who is a senior researcher in the research group civil society and sustainability at Kaunas University of Technology. His work focuses on the global governance of environment and technology, in particular in the areas of biotechnology and climate engineering. He holds a PhD in political science from the Vrije Universiteit Brussel.