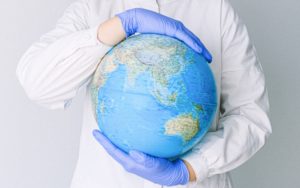 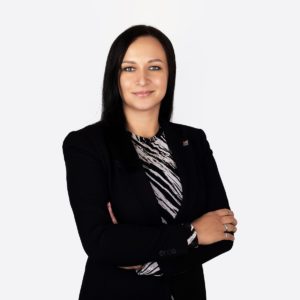 QS World University Rankings (QS WUR) is one of the most widely known rankings of higher education institutions in the world. More than 1,650 higher education institutions were rated this year, and as many as 1,300 of them made it to the final ranking list. This year, 145 new universities were added to the ranking, and this is one of the highest numbers of new entrants in recent years.

With the overall number of ranked universities growing every year, even a slight increase in ranking results is gratifying. I have repeatedly mentioned that it is not easy for a university from such as small country as Lithuania, to sustain stable positions in the ranks of the best universities in the world. To remain in a stable position in these conditions can be considered an achievement.

Similarly to the previous years, three more Lithuanian universities are included in the QS WUR 2022 together with Kaunas University of Technology (KTU); one of them has dropped in their rankings. QS World University Rankings ranks universities according to the following six criteria, which have not changed for many years:

For several years now, KTU has been achieving the best results in terms of the ratio of students to lecturers – according to this criterion, KTU ranks 472nd in the world. KTU is among the 600 best universities in the world in terms of the university’s reputation, both among academic partners and employers.

A small but positive change is also observed in the assessment of the international student criterion. However, the overall score for the international faculty criterion has declined slightly. In these criteria, the University falls into the 601+ category.

Internationality has been saved by technology

Due to the constraints related to the global COVID-19 pandemic, international development became a great challenge for many universities around the world as it became difficult to physically travel. Therefore, the estimates of the international students and international faculty criteria that directly reflect internationalisation have stopped growing or even declined.

This is where international networking played an important role: if international partnerships were sufficiently developed, the reduced or stalled arrival of students and academics from other countries could be compensated by the creation and development of new projects and joint publications based on remote communication. In this context, it is equally important to talk about the reputation-building work of the institution, which would allow foreign students and colleagues to trust it fully to choose work, studies or competency development alternatives remotely.

Thanks to long-term work, KTU has managed to maintain and strengthen the image of the university in international markets. This is what allowed students and academic staff from all over the world, faced with travel restrictions, to boldly choose alternative study, research and work opportunities at the university remotely.

In this case, we are talking about KTU’s reputation, which has been created and nurtured for long years. This work has helped to overcome the challenges of the global pandemic.

As the pandemic accelerated, international rankings organisers also demonstrated their openness to transformation. Although there have been no changes in the QS WUR methodology for more than 15 years, in recent years, rating agencies have already hinted in official announcements that they may need to alter the assessment of some of the criteria, in particular those directly related to the mobility of students and academic staff.

For example, assessment of the rapid digitisation processes and the opportunities for distance learning or work created and developed might be reflected in the methodology.

Although it is planned to initiate possible methodological changes only after assessing the long-term changes in university business processes, and the QS WUR itself has been valued for its consistency for many years, a new approach to higher education ranking processes methodology is largely anticipated in today’s circumstances.