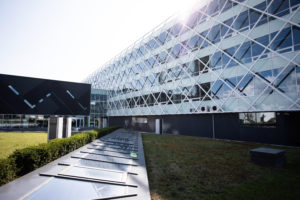 Good news for engineering students – KTU is among the world’s 500 best universities in the field
Important
Are you from Europe? Don’t miss your chance to study at KTU for free
Important
KTU is second best university in Lithuania: best academic staff, excellent employability of the graduates and growing international competitiveness
Important

QS World University Rankings 2021 results announced earlier this week revealed that Kaunas University of Technology (KTU) improved 5 out of 6 rankings criteria and is among 1,000 best universities in the world.

Comparing with the last year, KTU’s score in Citations per Faculty and Student to Faculty Ratio criteria grew by 18%, and International Students criterion – by 10%.

Also, the results of the most recent Rankings reveal the constantly growing KTU reputation among employers and academic partners. According to the aforementioned two criteria, KTU ranks at 501+ among world universities.

Although KTU improved its performance in the majority of the QS WUR criteria and KTU’s score is the same as in the last year, new European and Asian universities entering the Rankings influenced a dip in the overall KTU’s position.

“We have to admit that our acceleration is not enough for the fast-changing global environment. The world is very dynamic and the universities all over the world are developing quickly. Every year, rankings accept tens of new universities and at least 10% of them are instantly establishing themselves among the first 700 in the world. So, we all understand that if we want to globally compete with the strongest, we have to change more rapidly”, says Lolita Jurkšienė, the Director of KTU Department of Performance Management.

QS World University Rankings is the largest independent global ranking of the universities, established in 2004. KTU has been participating in the Rankings since 2014. This year, KTU is ranked 801-1000 and is among the thousand best universities in the world.

KTU offers 19 bachelors and 25 masters programmes in English. Check them all and apply today.