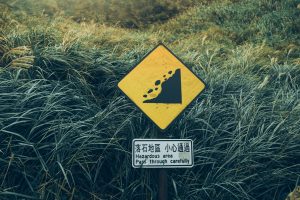 Sustainability expert Dr Fritz Balkau: In order to deal with climate change we need to see the whole picture

The most pressing environmental issues – extreme weather, pollution, marine plastics, hazardous waste – affect the world’s development and economic growth. However, people are still divided on climate change: some are worried that it will alter the world, while others are not sure the issue is worth addressing at all.

According to Dr Fritz Balkau, independent international advisor on sustainable development: “People are mining minerals, we are using more water than there is. This modern society is very demanding on recourses and the planet is struggling to keep up.”

Balkau was one of the key-note speakers during LCA4Regions project “Transitional Learning Journey”, hosted by Kaunas University of Technology (KTU) Institute of Environmental Engineering (APINI). During a thematic workshop “Life cycle assessment – from theory to practice”, partners talked about the implementation of Life-cycle assessment (LCA) methods in environmental and resource efficiency policies. 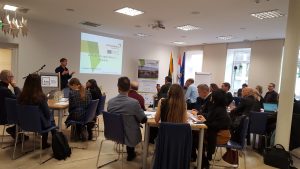 “Life cycle expertise resides mainly in the business sector while public authorities are much less familiar with the techniques and their functioning. However, the full success of policy implementation depends on similar expertise also in governmental authorities”, says Jolanta Dvarionienė, professor at KTU APINI and one of the LCA4Regions initiators and project manager in Lithuania.

The challenges we’re facing were predicted back in 1972

A study carried out almost 50 years ago Limits to Growth: The 30-Year Update commissioned by Club of Rome delivered a message that is perfectly applicable today: the earth’s resources cannot support our current and projected levels of economic and population growth. Looking at the Earth Overshoot calculations are frightening.

While talking at the KTU conference, Balkau noted that the aforementioned study has been criticised for being too pessimistic. The economists, in particular, had said that there was an economic solution to every environmental problem. Since then, many retrospective studies of the global situation were launched, showing that all the predictions have occurred.

“This has been a pattern along what has been predicted at a certain period by specialists, experts and scientists. It was put aside by the political and economic establishment as irrelevant or exaggerated, or even pessimistic. Hence, many of the predicted things have happened. The increasingly violent weather pattern was one of the consequences that the climate model predicted 50 years ago”, says Balkau.

The hotter it gets, the less freshwater we have

The European Geosciences Union published a study that examined the impact of 1.5 C change and 2 C temperature change. If the temperature in the Mediterranean area increased by 1.5 C, there would be 9 per cent less freshwater. The additional 0.5 C change would double this number.

“I remember going to scientific presentations, where the meteorologists would say that 1 degree in temperature didn’t seem important. But it’s not that one degree that is important; it’s the disturbance it causes to the climatic existence. On average, it’s a small increase, but there will be more high and low temperatures, more violent events, more disturbance, and this is something that people don’t understand. They think 1 degree is irrelevant, says Balkau. – Storms, floods, droughts, coastal erosion are not irrelevant.  They cost us a lot.”

The expert explains, that when the temperature rises by one or two degrees of Celsius in a certain area, it becomes more hospitable for pedestrian insects that are eating trees. Migratory birds’ pattern is changing as well – the climate change is giving mixed signals, and the migration starts earlier; they arrive at their destination and the food is not ready yet. We are observing all of this right now. There is a quotation by French writer André Gide. He said that “everything that needs to be said has already been said. But because nobody is listening, we have to say it again”, notes Balkau.

The regulations are not enough enforced

According to Eurostat, 100.7 million tonnes of hazardous waste is generated in Europe – a total of 4 per cent of all waste. Balkau, previously the head of the Cleaner Production Programme at UNEP, notes that there are two parts of the problem.

“First of all, Europe has been trying to divide this problem into several groups. One problem is a hazardous waste as waste material that’s causing environmental and human health damage. Second, it’s also chemicals that are used in plastic, textile, food. They are components of the products we buy. If anything, the impact of chemicals we use is more serious than the impact of chemicals in waste”, he explains.

The expert emphasises that the EU has been exploring ways of reducing the impact of chemicals but the industry is very strong at lobbying.

“There are European regulations, there are National regulations. In my opinion, the regulations are not sufficient and certainly not sufficiently enforced. The number of chemical scandals, for example, food, means that they are not enough enforced – the system is weak. The rules should be stricter. Although, the enforcement is a national function. The European legislation is a European function that needs to be enacted by the nation-states that are often slow with the European directives and their enforcement,” says Balkau.

The expert gives an example and explains that not only the chemicals industry lobby is strong but also that of agriculture. This means that organic methods of production in farming has not yet become the major focus of the agriculture sector.

“The use of pesticides is still strongly defended and protected by the farming community,” says Balkau.

The expert says that regions have big agendas, responsibilities and development budgets – they are planning the future of their regions. Life-cycle assessment (LCA) is a way to plan the future by considering the total impact of people activities, not only what is seen before them.

“Regions have responsibility for planning and building infrastructure. Nuclear power stations have been built without any budgets set aside for dismantling them; they should have thought about life infrastructure costs and what should happen to the infrastructure when it’s outdated. Regions are planning the electric vehicle production without fully understanding where the electricity is coming from. So LCA is a way for regions to think in a more holistic way about their development plans and the implication of these in the longer term”, says Balkau.

The expert explains that both hybrids and electric vehicles have two environmental handicaps. One is the production of the battery. The second is taking into account where the electricity to charge the battery comes from.

“In Norway which is a hundred per cent hydroelectric, the electricity comes from the clean renewable energy source. Many European countries are still heavily relying on coal and fossil fuel so the electricity is not so clean. The more the countries rely on coal the dirtier the electricity is. And there comes a point where the advantages of the electric vehicle are no longer there until they change the way they are run”, Balkau notes.

Political actions had to be taken 30 years ago

The most recent events show that the climate is really changing. For instance, Australia’s wildfire – the worst country’s fire seasons: 27 million acres have burned.

French-Australian expert distinguishes three factors that caused recent wildfire in Australia: a prolonged period of dry weather, the highest temperatures ever measured – up to 50 C, and very strong wind.

“High temperature and strong wind generate lightning that starts a fire. The strong wind pushes the fires to join up and create so-called mega-fires. The existence of these three natural conditions is more or less what climate models have predicted, says Balkau. – But politicians were not listening.”

According to the expert, the measures to prevent this natural disaster are long overdue.

“If political actions would have been taken 30 years ago, we could assume that the temperatures, wind and the dryness would have not come together in the same way to produce these circumstances. Now we have to think about how we will manage the next 30 years. Not only in Australia but elsewhere,” says Balkau.

Dr Fritz Balkau is an External Expert of KTU in the INTERREG EUROPE “LCA4REGIONS – Improved Environment and Resource Efficiency through use of Life Cycle Instruments for implementation of regional policies in the European Union” project.