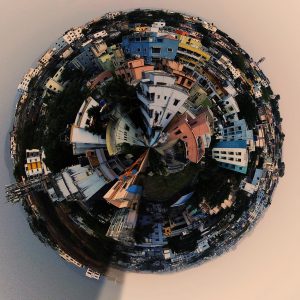 This year, Kaunas City Science Prize was awarded to Professor Jurgis Kazimieras Staniškis, a true member of Lithuanian Academy of Sciences, the founder of Kaunas University of Technology (KTU) Institute of Environmental Engineering. Prof Staniškis was the only representative of Eastern Europe on the United Nations Sustainable Development Experts Board, the independent group of 15 scientists appointed to draft the Global Sustainable Development Report.

“Kaunas is the only city in Lithuania, which leaders pay tribute to the scientists, who are undeservedly forgotten in nowadays society. I hope that Kaunas City Science Prize will help to attract the attention of the society stakeholders into what today’s global and local science is saying about the humanity’s chances to survive and maybe even to flourish”, says Prof Staniškis.

8 scientists have been nominated to receive Kaunas City Science Prize this year. Prof Staniškis was awarded for the focused and consistent scientific endeavours while developing and implementing complex innovations on regional, national and global level. The founder of KTU Institute of Environmental Engineering Prof Staniškis has been developing and implementing sustainable industry innovations, aiming to diminish the harmful impact on the environment and people for the last 30 years.

In 2016, Prof Staniškis has won and international competition and was appointed by the invitation of the United Nations General Secretary Ban Ki Moon to the United Nations independent group of scientists to draft the Global Sustainable Development Report. Out of 15-member experts’ team, selected from the 193 UN member states, Prof Staniškis was the only one from Eastern Europe.

The Report is a key component of the mechanism to follow up and review progress on the recently agreed 2030 Agenda for Sustainable Development and the Sustainable Development Goals. It aims to strengthen the science-policy interface and provide a strong evidence-based instrument to support policymakers in promoting poverty eradication and sustainable development. The document, Future is Now: Science for Achieving Sustainable Development’ 2019 is now available for a wide range of stakeholders, including business, civil society and the general public.

“I am grateful to the United Nations for their trust, and am happy to state that after the three years of intensive work we have completed the Global Sustainable Development Report in time”, says Prof Staniškis.

The report was introduced in the UN General Assembly on September 23–25. The world leaders have expresses their strong will to further cooperate while solving the vital problems of human existence. At the moment, regional forums are taking place, politicians, members of the scientific community and civil society, UN representatives are discussing the implementation of the Report.

“One such event has already taken place in Europe, Brussels. A couple of days ago I came back from the Forum in Jakarta, Indonesia, where the global sustainable development perspectives were discussed by Asian and Pacific states. To be honest, the destiny of the whole planet depends on the direction and success of this region’s development”, says Prof Staniškis.

The scientists are warning that there are four processes, which global deterioration is influencing sustainable development.

“These processes are the widening of social equity gap, the decrease in biodiversity, climate change and the increase of waste. The main reasons behind the growth of the aforementioned problems are our consuming habits and unethical business and industry methods, which are unacceptable from the sustainable development point of view neither locally nor globally”, says Prof Staniškis.

“In short, in the centre of global sustainable development is a person, his or her values and well-being”, says Prof Staniškis.

According to him, and other experts, implementing interdisciplinary research and studies in the higher education system is imminent both in Lithuania and globally.

Kaunas City Science Prize is an annual award for continuous high impact scientific activities, scientific achievements and innovative scientific ideas and their implementation in Kaunas. The amount of the prize is 5 thousand euros. The prize is being awarded since 2013; since 2015 there are two prizes being awarded annually – one for achievements in the field of physical, biomedical, agricultural or technical sciences, and one for achievement in social sciences and humanities. This year, the prize in social sciences and humanities was allocated to Professor Gintautas Mažeikis of Vytautas Magnus University.