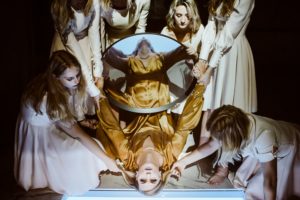 On Saturday, September 12 at 6 pm Kaunas National Drama Theatre is inviting Kaunas residents and the city guests to Electra, a one-act-play, directed by Slovenian director Jaša Koceli. On Saturday, the production will be shown for the first time, and it will feature English surtitles.

Meant to premiere in March, the show was rescheduled to September.

“During the first rehearsal of Electra, we were joking that the making of this production has taken us nine months – from January till September. Finally, it will be born on stage. The beginning of March was the last time I saw the team, but I was surprised how well the actors remembered the material, the texts and the scenes. It was a pleasant surprise”, says Jaša Koceli.

Electra is based on ancient Greek tragedies by Sophocles, Euripides and Eschilo. When moulding the dramatic texture, the director employed texts of ancient Greek authors reflecting the myth of Electra. He created an original interpretation of the myth. In the centre of the play is a woman who is waiting.

Electra, daughter of Agamemnon, the hero of Trojan War, and Queen Clytemnestra is mourning her murdered father and waiting for the return of her brother with the intention to avenge for her father’s death. Depression, abuse, lack of possibilities, childhood, and broken dreams are confined in her waiting. Electra is not only a character of ancient Greek drama but also a symbol of a modern fighting woman.

“Women are often deleted from the pages of history as if they never existed. However, this is a lie. Through Electra, I am talking about the women who are always waiting”, says Koceli.

Read more about the production here.

The next productions with English surtitles at Kaunas National Drama Theatre: 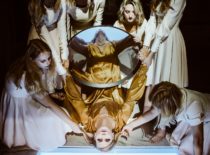 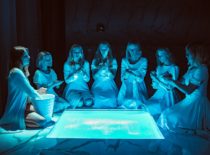 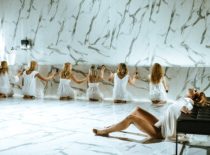 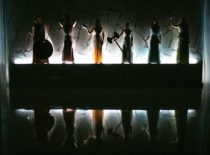