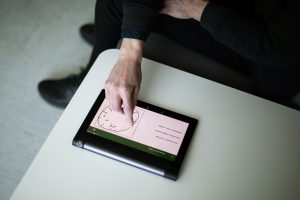 Computer game for training dementia carers will be accessible online for free
Important
First in the Baltics IT Centre of Excellence Expected to Be Opened in Kaunas
Important
Indoor WLAN positioning method invented by Lithuanian scientists: accurate and affordable option
Important
Innovations created at KTU will be introduced to life sciences professionals from 30 countries
Important

Team of researchers at Kaunas University of Technology (KTU), Lithuania have created a mobile application, which helps recognise early symptoms of a rare Huntington’s disease. Designed in cooperation with physicians and Huntington Disease Association, the app provides its user with a series of tests in order to check the presence of the symptoms. If the probability of symptoms is detected, the user is informed and encouraged to contact medical professionals for further advice.

Huntington’s disease, caused by an inherited defect in a single gene, is a progressive brain disorder that causes uncontrolled movements, emotional problems, and loss of thinking ability. If a parent has the gene, each son or daughter has a one in two (50/50) chance of inheriting the disease. Adult-onset Huntington’s disease, the most common form of this disorder, usually appears in a person’s thirties or forties. Individuals with the adult-onset form of Huntington disease usually live about 15 to 20 years after signs and symptoms begin. A less common form of Huntington disease known as the juvenile form begins in childhood or adolescence. It also involves movement problems and mental and emotional changes.

In Europe, around 20 thousand people have been diagnosed with Huntington’s; 177 cases were registered in Lithuania in 2015.

Early signs and symptoms of the disease can include irritability, depression, small involuntary movements, poor coordination, and trouble learning new information or making decisions. All these are difficult to notice.

“Our app is aimed at the early detection – we are attempting to diagnose the disease when visually there are no symptoms”, says Andrius Lauraitis, KTU doctoral student who is developing the model for evaluating the prevalence Huntington’s disease symptoms.

The scientific supervisor of Lauraitis’ doctoral dissertation Professor Rytis Maskeliūnas of KTU Faculty of Informatics, is emphasising the supportive nature of the intelligent app. According to him, the app provides additional information and allows automatisation of the process, but is not trying to replace medical diagnosis. The app is one-of-a-kind, as the technological devices in the context of this disease have not been investigated yet.

“Due to the hereditary nature of the disease a person might know that he or she is in a risk group, but it is not known when and if the disease will strike. When the early symptoms are detected, the person is advised to contact a physician. Although there is no known treatment for Huntington’s disease, it is estimated that a patient can gain 3-16 years of healthy life if the disease is diagnosed early”, says Prof Maskeliūnas.

The Neural Impairment Test Suite app is a collection of various tests available to smartphone users on Google Play. It is a curiosity tool to self-evaluate behaviour changes for people in a risk group or with suspected symptoms from early states Huntington, Parkinson or Alzheimer’s disease. The respondents are able to compare their usage patterns over time (it is recommended to take a test every two weeks) or versus general baselines of healthy/impacted groups calculated by “artificial intelligence”.

This app is for your own curiosity only, as it DOES NOT REPLACE the advice of a medical professional and DOES NOT SUBSTITUTE a professional evaluation. 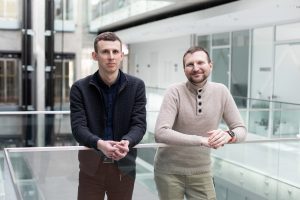 According to KTU scientists, usually in medical practise similar diagnostic tests are provided on paper, but this is the first attempt to digitalise the instrument. Depending on the degree of risk of developing the disease, the user can take the test once a week or more often; his or her data is being stored in the user’s profile. The model developed by KTU scientists is counting the values and predictions according to the indicators of the progress of the disease.

“For example, the test of a 3D figure construction (a cube or a cuboid) is digitalised with the application of graph theory. The algorithm is comparing two graphs – one exemplary and one formed by the patient – in order to evaluate the metrics of similarity”, says Lauraitis.

The scientists emphasise that different degenerative diseases have different symptoms – some conditions are diagnosed through voice, others – through hand tremors or cognitive disorders. Therefore, it is important that the Neural Impairment Test Suite is evaluating all the aspects, which can be detected and add to diagnosis. The app is easily available and very user-friendly.

“We didn’t want to use any sensors which people would need to carry in their pocket. All that is required for taking this test is a usual smartphone or a tablet. In the future we are planning to have an invisible tool, which would monitor and evaluate your condition based on how you are using your phone, according to your movements, and similar parameters”, says Maskeliūnas.

The researchers are planning to expand the concept and the applicability of the prediction model so as it could be used for other diseases. 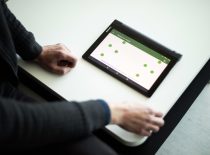 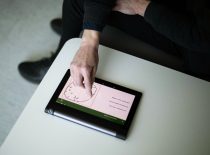 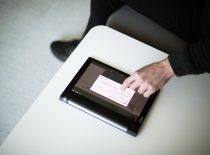 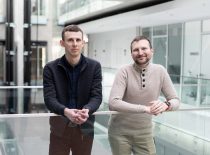