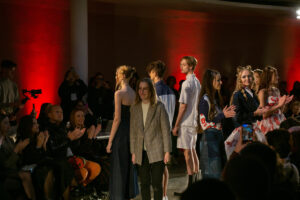 Clothing collections from woolen blankets made in Lithuania during the Soviet era, road signs, and recycled ski clothing were displayed on the runway in the closed gallery last weekend. The fashion show of the 26th KTU Design Days did not lack ingenuity and introduced 14 fresh collections created by budding designers.

The premises of the Mykolas Žilinskas Art Gallery, which closed its doors for reconstruction two years ago, became the centre of attraction for fashion lovers on Friday, December 2.

This year’s theme, the flow downstream, was inspired by the unstable geopolitical and economic situation, the impact of which does not bypass the fashion market.

“Young designers, who are currently just discovering their “flow”, often doubt their strength, and various external reasons can prevent their development,” says Saulė Žemaitytė, coordinator of the event, and a member of the Kaunas University of Technology Faculty of Mechanical Engineering and Design (KTU MIDF) Student Association.

The twenty-sixth Design Days gathered not only fashion enthusiasts but also other artists. From 30 November to 2 December, the KTU students and other creators showed their work at the installation exhibition that started the event. Six installations narrated stories via the forces of nature, photographs, and unusually arranged objects.

The winning collection of utopian designs and everyday details

14 collections created by over 15 young designers were introduced during the Design Days, which included not only romantic designs decorated with hearts but also rough clothing details and attire restrained by rivets and belts or corsets.

The event’s highest award, the Golden Needle was given to Justina Kuleišyte, whose collection Mundane won first place. The designer described her collection as a representation of a harsh setting without urban signs. The clothes stood out by their earthy, brown, and grey shades with oversized silhouettes. When walking the runway, models carried ropes, wide bags, and rubber boots in their hands.

“The winners of the first and second place clearly stood out from the rest and, in my eyes, were both worthy of the first place. However, more interesting decisions and constructions were made in the Mundane collection – it wasn’t just shirts and pants. I really liked the styling of clothing because various extraordinary details, which were linked to the concept of the collection, were used,” says Viltė Kinderevičiūtė, a member of the board that evaluated the designers, one of the most famous young stylists in Lithuania.

According to the judge of the event Kinderevičiūtė, the board assessed not only the aesthetics of the young designers’ works but also their ability to combine different methods of clothing production.

“The authors of the collections that took first and second place were not afraid to use different techniques, each look of the collection was somewhat different, and although the presented garments were from one collection, there was no uniformity. Among the designs that did not make it into the top three of the winning collections, simple cuts, tulle fabric, and lightness dominated,” says Kinderevičiūtė.

Sustainability will rule the future of the fashion market

The works of young designers presented at Design Days differed in terms of colours, used materials, and ideas. Many authors have told their personal stories through clothes, such as the collection titled An Ode to Life with Parents, using unconventional fabrics or elements — recycled reflective vests and learner driver’s stickers.

“Although the designs in the fashion market tend to be oriented towards a certain direction and fashion shows usually showcase what will be trending in certain areas, I think that clothes presented at Design Days were not based on what is currently in fashion – they represented what was going on in the mind of each designer, what idea they wanted to convey. However, one trending feature can be seen: collections utilised second-hand fabrics,” says the stylist.

Four collections presented at the event promoted consumerism awareness: the clothes of the models who walked the runway were made of recycled textiles. With over 92 million tons of textile waste entering landfills every year, the relevance of sustainability does not diminish, therefore, according to Kinderevičiūtė, designers’ concern about it will only grow in the future.

“It’s good that not only young designers, but also big brands pay attention to sustainability and, for example, promise to use only sustainable materials in a few years. In my eyes, ordinary consumers must also take this into account – choose clothes from second-hand or recycled materials. Even our smallest choices can change the current situation,” says Kinderevičiūtė.

Design Days is an annual event organised by the KTU MIDF Student Association, which allows young designers to present their creations and enter the local fashion market. 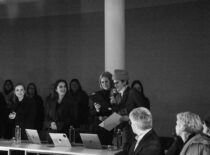 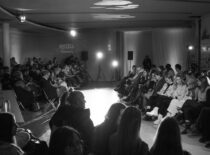 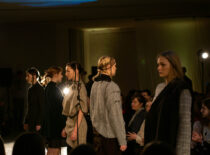 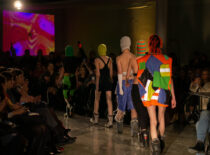 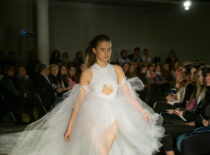 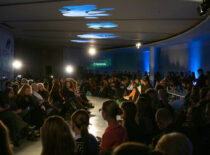 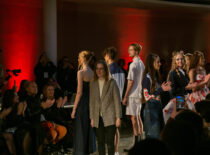 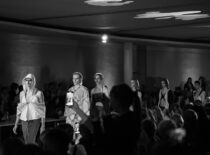 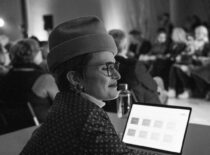 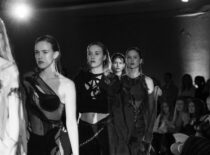