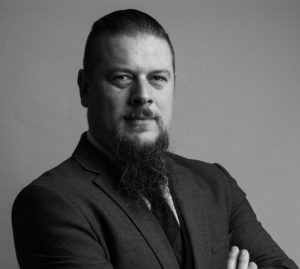 Creative Side of Technology: new exhibition in Kaunas centre
Important
KTU Architecture student from Turkey: True art is the only thing artificial intelligence won’t be able to make for at least 100 years
Important
Nerijus Čepulis: in today’s technological world creativity is becoming increasingly important
Important
Karolis, architecture student: today, technology is a brush for creating art
Important
Jonas Čeponis: a programmer, like a poet, cannot put words together carelessly
Important
Thomas Bryer: when I start with a goal, I never ask about the rules and procedures
Important
Women in Tech. Technology transfer project manager Odeta Brigaityte: It is important to not to compete but to complement each other
Important
Women in Tech. Violeta Kauneliene: Women have contributed to the chemical sciences since the age of alchemy
Important
Women in Tech. Julija Kravčenko: engineering industry needs people. If somebody doesn’t like that you’re a woman, just email others
Important
Women in Tech. Aviation engineer Bengisu Yilmaz: I don’t compare myself with men, my goal is to be better than yesterday
Important

Gavin Stewart: You sell your skills, but language creates the first impression

“Trying to explain to engineers and IT specialists that grammar isn’t a circuit board is no easy task. But in order to convince them they should study some area of it, I would say that your skill is what you sell, but language is how you sell it”, says Gavin Stewart, a lecturer at Kaunas University of Technology (KTU), Faculty of Social Sciences, Arts and Humanities. For him, creativity is an instinct, encompassed by one’s capabilities, attitude, and… limits.

In the interview below, Gavin talks about his apparently “insane” decision to leave a career of a Vice-Director of Studies in a language institute for life in Lithuania, the proofreading of Christmas cards and other quirks of a being a linguist.

The field of your professional activities, how much does it influence who you are? In what ways?

Any profession which gives satisfaction would naturally influence people’s personalities or habits. Linguistics mainly influences how I read – I find myself critically reading anything from articles to Christmas cards (which is not necessarily a good thing!).

What made you choose humanities? How did you become a linguist?

After graduating from university, I started working as an English teacher. I have to be completely honest and say that it was not part of some 5-year plan or something; it was simply the way the wind blew for me. Humanities came afterwards and as a result of my career development in linguistics.

What makes you passionate about your job?

People. You teach all walks of life and you never stop learning, otherwise, you’re only working for the money. Everybody has different abilities, different cultural backgrounds, and different experiences, thus emphasising the need to adapt. What I’ve learned is the vastness of these different aspects; it broadened my perception of the role of student/teacher beyond the practical differences to a level of understanding, not just on a human level, but on a limitless individual level, which breaks down preconceptions and expectations. While there are best practices, I don’t believe in ‘one size fits all’ methods.

What are the most significant turns and achievements in your career?

A turning point was when I left my job as a Vice-Director of Studies in a language institute. The job seemed like a career move, but I was never particularly happy doing it (nor was I cut out for the role). My decision to leave was met with disappointment, criticism, and the idea that I must be insane, but it led me to where I am now, in a different country in a different job.

What can you say about gender balance in your professional field? Is it something that you contemplate often? Why?

The gender balance in my faculty must be around 85% female and 15% male, but I have never given it a single thought. In this profession there seem to be a lot more females than males, but that’s entirely inconsequential – the idea that it must be more balanced is absurd and detrimental to the success of the faculty, which is because of the level of professionalism, not gender.

How would you convince an engineer, or, say, an IT specialist to study some linguistics? What would they gain from it?

Ha! I’ve taught engineers and IT specialists extensively in the past, and I can tell you that trying to explain that grammar isn’t a circuit board is no easy task. But in order to convince them they should study some area of it, I would say that language creates the first impression of a person or company. Your skill is what you sell, but the language is how you sell it.

You studied arts. Being an artist is usually connected to the concept of creativity. What is creativity to you? In what ways is it important to you?

Creativity, to me, is an instinct. I don’t believe in the idea that ‘everybody’s creativity is limitless’ – garbage. Your creativity is encompassed by your capabilities, attitude, and limits; it’s only your imagination which is limitless. I hold my highest appreciation for creativity when chaos presents itself and a person’s instincts dictate a reaction in the purest form of their creativity, revealing much about their character and experience. I don’t intend chaos as purely a bad thing, but something which manifests itself within the borders of its context, and in the moment of its juxtaposed nature.

What would be your main advice for a person who is about to choose his or her career path? What aspects should they pay attention to and whose advice they should follow?

I may not be the best person to ask about this, because I never had any intention to follow a predefined career path. Perhaps it would be to take risks at an early age – this helps career development not only in terms of the success of said risks, but the very fact that you take them shows courage and presents vital life experience, even if they are not successful.