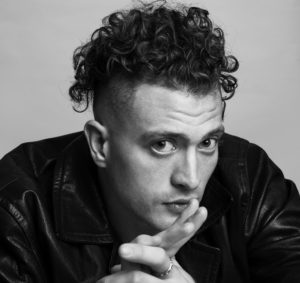 KTU Architecture student from Turkey: True art is the only thing artificial intelligence won’t be able to make for at least 100 years

“People are tired of seeing the same forms, the same buildings wherever they go. This has a huge impact on education, expectations and even social psychology. For me, the biggest challenge is the minds who take fun and adventure out of the architectural design, destroying its uniqueness”, says Kemal Yegin, a master’s student at Kaunas University of Technology Faculty of Civil Engineering and Architecture. According to him, architecture is not suitable for those lacking creativity and freedom.

“The mindset of creating modest buildings and trying nothing new is dangerous, especially for architects’ imagination”, says Yegin.

You are studying architecture. What first got you interested in these studies?

For me, and most of the architects, philosophers and theorists, architecture is not only art but a transition between the imagination of an artist and mindset of a scientist. So, architecture is a kind of a bridge between the two worlds. For me, it started with toys, especially Lego. We couldn’t afford it, so my father was collecting coupons from newspapers. Slowly in a year, I had more and more pieces to add to my imaginary world.

I knew that I wanted to be an architect when I started science in high school. Geometry has always been my favourite subject. Personally, architecture is probably the best way to express myself. It is putting something unique, new and exciting into the world that can change people’s lives. Architecture is like playing God – it is as exciting, as terrifying.

What style of architecture fascinates you the most and why?

Different styles and eras have their unique approach, which contributed to the world of design. Even World War II taught us a lot of things, especially about rapid urban regeneration and housing.

If I got to select an era to witness an architectural revolution, I would probably pick 12th and 13th centuries, the time when gothic churches, like Cologne Cathedral or Notre-Dame Cathedral, were built. I believe that back then the architecture was unique and stronger than ever.

If we somehow ignored people who are afraid of changes, parametricism could bring those glorious times back for architects. Therefore, my favourite contemporary style is parametricism[1] as it is purely idea-based, allowing the architects to think freely. 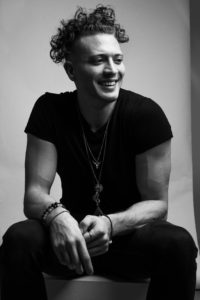 Why did you choose to study in Lithuania? What challenges are you facing here?

I chose Lithuania because it was affordable. I liked the idea that Kaunas has many interwar modern architecture examples. I have checked the university, which has good marketing and easy application process. So, it got my attention and I decided to come here.

I understand that Kaunas is a historical city with lower population growth. Therefore, the building industry market is nor big, nor active. However, the city still has two architecture faculties. If the universities adjust the profession instead of leaving it to follow new trends, that could make a huge impact not only to Lithuania but to the entire world. Everyone needs a roof over their head, and we should think more about that.

Another challenge is probably the fear of changes. We see the new modernism as a new form of art, and its implementation is concerning people. Technological advancements give us more freedom than ever, and the architects like Bjarke Ingels, Zaha Hadid, Ma Yansong show us that anything is possible.

What do you like to do in your free time and how much are your hobbies connected to your vocation?

In my free time, I usually do sports, read, write and solve geometry problems – it’s like a hobby for me. I love to draw, but architecture is not just about drawing; it is all about solving a problem, creating a story, foreseeing the human behaviour and making calculations to transform the idea into reality. Drawing is only about 30 per cent. So yes, we can say my hobby is useful in my profession.

How do you act when inspiration hits? What are the forms of your inspiration?

I sketch a lot. To save, I reuse old paper. I also do the digital drawing, but it is not mobile. I write poems, short stories, graphic novels and video game scenarios. I believe that these activities are a contribution to my architectural designs too. Recently I got inspired by the river and wrote a story, then made a drawing, and it ended as an algorithmic design that is still stored on my computer. Other than that, I am making wooden toys, mostly designing a new kind of Lego.

Nowadays, a lot of people “go green”. What is your opinion about sustainable art? Is it a new wave or just a temporary trend?

Well, I support it, but the trend is not new. In today’s world, as the materials became easy to find, people started to waste. As you may know, Leonardo Da Vinci used to paint several paintings on the same canvas by layering. Now, people are in shock when they scan through the paintings and discover another one underneath. So, artists used to appreciate the value of the material more. They used to be dedicated, passionate, and they were mostly poor. I believe the best example is Vincent Van Gogh, whom I respect the most.

I hope, for the sake of humanity this trend, some call it “go green”, lasts long. People mistake being reckless or arrogant with being an artist. A true artist feels the tree that he or she is painting on, even feels the tree that has been cut down to make paper. It is a good philosophy.

Talking about arts, studies, personal life, how often do you improvise?

I always make a plan but when things are not certain, I have to improvise almost in everything. As a student from another country, unfortunately, a lot of unexpected things happen. I try to sail without sinking and improvisation is a spoon with which I try to scoop out the water from the ship.

What inspires you most?

Nature, famous artists, people around me, stories and emotions inspire my artistic side. On the other hand, technological advancement, mathematics and geometry inspire me too. I try to have my style but in today’s world, it’s hard to maintain originality. The books I read, the museums I visit and the music I listen to inspire my work even though the activities are different. I try to keep my childish side alive as long as possible, so I could produce and adapt to the new world. If I had to specify one thing, it would probably be science fiction. It makes me imagine the possibilities and utopias. Not knowing what I will know in the future – that fascinates, inspires and keeps me alive.

What would you recommend for people who want to create art?

True art is the only thing artificial intelligence won’t be able to make for at least 100 years. In a way, every human wants to do something that others can’t, something unique to be identified. It is in our nature. I am striving for it, and I hope that every human will try to be unique at what they do. The world has thousands of scientists, engineers, programmers that are essentially doing the same thing. But artists are one of a kind having no similarities to each other. I believe that art is for art’s sake; people may have their own opinions about everything.

To sum up, I would say that I have done almost everything in my power to follow an architect’s career. I gave up on so many things to be who I dreamed of becoming. So, my humble recommendation for people is – follow your dreams. If you can’t, just help others to do so. Passionate people will drive the world into a brighter future.

[1] Parametricism is an architectural style based on computer technology and algorithms. The parametric design approach has resulted in many of the curving, non-rectilinear buildings completed in the last couple of decades. The term ‘parametricism’ was coined by Patrik Schumacher, partner at Zaha Hadid Architects, who promoted it as the natural successor to post-modernism.