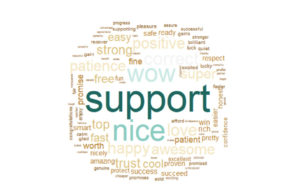 Dean of Mathematics and Natural Sciences: future lies in the hands of data scientists
Important
First time in the Baltics: CAS-CERN Accelerator School will be held in Kaunas, Lithuania
Important
Mathematical methods for diagnosing breast cancer
Important
SKILLed FinTech: call for talented students interested in financial technologies
Important
Open lecture by one of top 100 finance experts in the world
Important
Maths for industry workshop, unique in the Baltics returns to KTU
Important

Baltic SupTech on blockchain: Todays challenges and solutions for future

FinTech means technology-enabled financial innovation. European Commission emphasizes that there is a strong need to improve the competitiveness of European FinTech companies, creating a common regulatory approach across all countries. This could foster innovative solutions in banks and FinTech companies, together with the application of big data, artificial intelligence, and blockchain technologies.

Europe has a broad mosaic of regulatory landscapes and technological innovations in finance. Regulators must move quickly and make important decisions about emerging scientific and business opportunities, without stifling their economic potential.

To discuss blockchain challenges arising in the Baltic States FinTech ecosystem, a team of researchers from Kaunas University of Technology Faculty of Mathematics and Natural Sciences and Faculty of Informatics have organised a series of three free events during November 2020. The mentioned workshops aimed to talk over the issues and to present scientific solutions that could be standards for the future Supervisory Technologies (SupTech) in Europe.

Under the roof of Horizon2020

The project includes training of national regulators (SupTech) and European FinTech hubs (RegTech) by a group of independent experts that have leading research expertise in the measurement of the risks that arise from the application of big data, artificial intelligence and blockchain technologies and, specifically, of those arising from innovative payments, peer to peer lending and financial robo-advisory.

The events have attracted more than 250 attendees throughout all Baltic States. About a third of the participants were employees of the Bank of Lithuania, Estonian Finance inspection and Latvian Financial Markets Supervisory Authority, the rest were the representatives of FinTech companies and associations, large banks and the academic community.

The most important topics 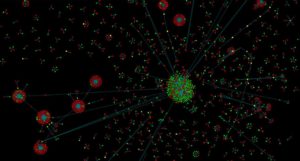 Many important topics were covered during the event over two packed days: Trackability and traceability of bitcoin transactions, cyber risk management and safety of blockchain technology, various applications of blockchain, initial coin offering fraud detection, coin stabilisation techniques, and other tendencies of cryptocurrencies. But what’s most important to keep up with the latest trends?

Initial Coin Offering (ICO) is a controversial mean to raise funds through tokens at the interplay of crowdfunding and blockchain. ICO boom was observed in 2017, followed by a declining interest. We can read success stories about great ICO projects such as EOS, Telegram Open Network, and UNUS SED LEO, which raised the largest amount of funds. On the contrary, we observe a long list of dead coins that refer to ICO failures or scams. Moreover, countries, namely China and South Korea, are just a few examples of introducing bans for ICO. Being a mix of an efficient way to raise capital for business and continuing scepticism from investors, ICO market could recover from its current bust with possibilities to identify risks prior to investments and likelihood of failure or fraudulent ICO. As such, the discussion continued about the development of ICO fraud detection model and what information published within the ICO project is relevant to shed a light on the riskiest ICOs. The model presented in the workshop was based on machine learning approach and text analytics, from which a list of significant determinants defining a success, failure or scam for has been identified, with plans to continue the research ending with some advisory tool in the field.

The next important question addressed during the discussions is the role of stablecoin that could circulate as a global digital currency, with values tied to fiat currencies or other assets, also known as asset-linked stablecoins. On the other hand, we do have algorithm-based stablecoins that use algorithms to regulate the supply of stablecoins in response to changes in demand. The main purpose of stablecoin, is to exhibit price stability characteristics. Among them, Facebook Libra is one of the largest projects that attracted a large response from market regulators. Recently, BIS published the working paper (No.905, 24 November 2020) where stablecoins are seen as an instrument to embed supervisory requirements into stablecoin systems themselves. Accordingly, the technique to build a basket based stable coin whose weights can maximise stability over a long time has been presented during the workshop. Moreover, the volatility spillovers have been estimated to understand which foreign currency mostly drives the others. The empirical evidence shows that the basket based stablecoin is less volatile and resilient to shocks than any single currency included in the analysis. During the discussion, it has been seen especially important for emerging markets with a high level of remittances, since a basket based stablecoin can preserve their value during turbulent times better than a single currency based stable coin. This research is an example of the technique to be used to develop stablecoin to minimize its volatility and dependency with other currencies.

The other issue discussed was that bitcoin never was anonymous, but, rather, pseudonymous. Bitcoin is a public blockchain and all transactions are visible to everyone and activities in all wallets can be monitored and traced. We showed the common patterns in Bitcoin transactions – starting with the simplest simple payment chains and going through multi-inputs and multi-outputs ones when mixing and tumbling is used. And this transparency help identifying criminal activities, such as Twiter scam on 2020 or hacking the Democratic National Committee during the 2016 U.S. presidential election.

FinTech is now one of the fastest-growing industries in the world. New technologies are changing the financial industry and the way consumers and firms access services, creating opportunities for FinTech-based solutions to provide better access to finance and to improve financial inclusion for digitally connected citizens. Thus, it is vital to ensure not only technological progress but also proper regulation and control. The fact that the mentioned events have received a great deal of interest from the institutions shows how important is to share experience and the latest scientific research in the field and to do it as widely as possible.

More events, such as the FinTech International Conference FintechInn 2021, the Workshop for Mathematical Solutions in Business and Industry, as well as scientific solutions for business in Fintech are in the nearest plans. In order to contribute to the sustainable development of FinTech ecosystem, KTU Faculty of Mathematics and Natural Sciences is preparing a new undergraduate study program on mathematics for FinTech.

To keep your finger on the pulse: https://fintech.ktu.edu

These events have received funding from the European Union’s Horizon 2020 research and innovation program “FIN-TECH: A Financial supervision and Technology compliance training programme” under the grant agreement No 825215 (Topic: ICT-35-2018, Type of action: CSA).