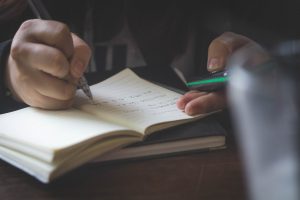 What should everyone know about academic integrity and honesty

Studying at a university means not only obtaining knowledge but also developing one’s soft skills and personal competencies. The latter aspect is very connected to students’ attitude towards their studies – if they aiming to superficial accomplishments or long-term results. Students’ academic integrity is based on their moral standards, study environment, which tolerates or doesn’t tolerate academic dishonesty, and the methods used for identifying and stopping the instances of cheating.

Every year, the Lithuanian Students Union is carrying out an Academic Honesty Index study in order to observe the situation of academic integrity in Lithuanian higher education institutions. This year’s study reveals that the Index is increasing.

However, it is always important to discuss the topic and to remind about the possible outcomes of the academic dishonesty.

The importance of sustaining academic integrity

At the University, academic honesty is being regulated by the Code of Academic Ethics, and to follow its regulations is one of the students’ commitments, indicated in the Study Agreement. Upon the beginning of studies, every student signs the declaration of academic honesty and is committing to follow the academic order of conduct and to honestly prepare all the assignments: whether they are written, oral, related to a project or research tasks.

According to Associate Professor Vaida Jonaitienė, the Leader of Kaunas University of Technology (KTU) Board of Academic Ethics, the principle of ethics is based on honesty, respect, fairness and responsibility. The breach of this principle is considered academic dishonesty and any occurrence of academic dishonesty in the University is not tolerated.

“Every student, who is responsible for their study results, has to respect and to preserve the University values, to follow the ethical and moral norms, and to adhere to the Code of Academic Ethics”, says Jonaitienė. 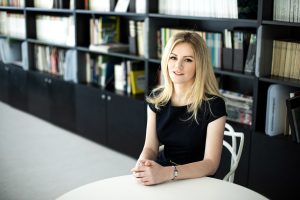 Dr Kristina Ukvalbergienė, the Director of KTU Department of Academic Affairs is emphasising the importance of regulations and procedures of what happens in an instance of academic dishonesty, which have to be clearly defined by the higher education institutions aiming to encourage the culture of academic integrity.

“Although the rules and procedures established in the institution don’t solve the problem, research shows that even formal preventive measures, such as signing the declaration of academic honesty, or a teacher’s expectations on academic honesty expressed during a lecture, can diminish the number of cases of academic dishonesty”, says Dr Ukvalbergienė.

During studies, students’ moral values are being formed, therefore it is very important to constantly inform them about academic integrity, to introduce the ethical and moral norms and the principals of the activities of the University.

“In order to decrease the occurrences of academic dishonesty we need to encourage the learning culture and to strengthen the students’ trust in themselves. For increasing academic honesty, the chosen study and assessment methods and strategies used in class are also important”, says the Director of the Department of Academic Affairs.

According to her, if the study module is appropriately constructed, academic dishonesty can be almost completely eliminated. She recommends designing assignments in such a way that they would reveal higher capabilities of students, such as their ability to reflect or to analyse.

When is academic integrity breached?

When the student is found out to be cheating for the second time, they are expelled from the university and, depending on the decision of the Admissions Board, may not have the right to be granted a study place again. If the final project of a student is detected as plagiarism, the student cannot defend it publicly and is under threat to be expelled. If plagiarism is detected after graduation, the cancelling of the qualification degree is being initiated.

“In order to encourage the culture of academic integrity in higher education, we need to analyse the reasons for the academic dishonesty. Students are choosing to cheat when the institutions are having a relaxed attitude towards academic honesty when there is no strict accountability for cheating. Also, it happens when the students are not encouraged to be responsible for their studies when they don’t want to study, when they feel pressurised to get high marks, or to get a scholarship”, says Dr Ukvalbergienė.

There are also unintentional breaches of academic honesty – when the ethical principles are not being followed due to lack of knowledge. However, it is the personal responsibility of every student to get not only formal, but also in-depth understanding of the principles of academic ethics, and the University teachers and administrative staff should constantly remind the students to follow the Academic Code of Ethics.

All community must act together 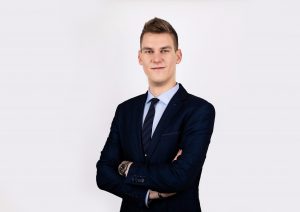 Augustinas Laimonas Bytautas, the President of KTU Students Union agrees that it is crucial to constantly remind the students about the principles of academic ethics and about the outcomes of academic dishonesty.

“Ignorance is no excuse and it is not releasing you from responsibility. Therefore, it is important to encourage the student community to take interest in the topic of academic honesty, to look for solutions together if we are aiming to reduce the number of unintentional incidents of academic dishonesty due to lack of knowledge”, says Bytautas.

Jonaitienė, the Leader of the Board of Academic Ethics is also emphasising the importance of the united academic community; both teachers and students cannot be indifferent to the incidences of academic dishonesty.

“Teachers must react to the incidents of academic dishonesty, such as plagiarism, cheating, data forging, using help during exams”, says Jonaitienė.

Ukvalbergienė agrees: “Teachers have a lot of means to counteract. Firstly, in their lectures, teachers have to explain their expectations on academic honesty to the students, to introduce the outcomes of possible dishonesty, and to follow those regulations. It is important to not only quote the possible outcomes of such behaviour during studies but to also remind the long-term consequences, when, for example, somebody in high position would be discovered as having graduated dishonestly”.

The University community can inform the staff about the possible incidences of academic dishonesty on the University’s report system Pranešk. All the reports received on the system are being analysed while ensuring the confidentiality of the persons providing the information.

Long-term implications of the academic dishonesty

An increasing body of research evidence is suggesting that there is a connection between how the students are behaving during their studies, and their conduct later, in work situations. In other words, the culture of academic dishonesty and integrity is influencing the habits of young people in their career later.

“The University is shaping the personality of a young person. High academic honesty and integrity culture is a good fundament for the future positive practices”, says Ukvalbergienė.

Bytautas, the President of KTU SU is labelling the dishonestly achieved results a sudden rise to fame. According to him, it might be a fast means to achieve the result, but from a long-term perspective, academic dishonesty is harmful.

When talking about the employability after studies he says: “Competencies, experience and deep understanding will be needed, not a superficial “passing” of exams.

Ukvalbergienė, the Director of Academic Affairs recalls the events in the University when after discovering academic dishonesty the degrees issued by the university were cancelled.

“This procedure is very painful to all involved, especially knowing that the mistake was made by a young person who was not weighing all the consequences seriously enough. However old the case it is, academic dishonesty is always having a negative impact on reputation, reveals moral corruption and is always looked upon negatively by society”, says Ukvalbergienė.

According to Jonaitienė, the Leader of the Board of Academic Ethics, one of the core values of the University is trust. Therefore, all the community must work together and sustain confidence in each other. She reminds that once lost, trust is very hard to regain, and the outcomes for misconduct can be severe.