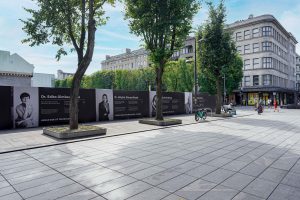 Women commanders in space analogues demonstrate more sustainable leadership behaviour
Important
Thanks to Marius Jakulis Jason (MJJ) Foundation top-class researcher joins KTU
Important
KTU student from Turkey: text is my paintbrush and computer is my canvas
Important
KTU student from Turkey about choosing IT: I am glad to be part of the change
Important
Kaunas in the eyes of KTU international students
Important
Alejandra from Nicaragua: in Kaunas, I have the freedom to walk anywhere I like
Important
Alexandra from Colombia: Lithuania is a very safe country
Important

The new exhibition in the centre of Kaunas: KTU crushes gender stereotypes

Since the end of July, an exhibition organised by KTU decorates the barrier of the “Merkurijus” construction site located in the heart of the city. In the photo exhibition “Women in Tech”, the university proudly introduces women scientists, lecturers and students to Kaunas residents and guests.

With the show, KTU aims to destroy gender stereotypes that have taken hold in society. Women working at KTU are an integral part of the university’s community, creating not only the well-being of the city but also contributing to the development of our country.

From visits to Mars to translation from the “language of numbers”, women working and studying at KTU are living proof that profession has no gender. Although global statistics show that men dominate the fields of science and engineering, the situation in Lithuania is different. According to the Organisation for Economic Cooperation and Development, 49 per cent of Lithuanian scientists and engineers are women; a great number of them pursue their academic careers at KTU.

“We often say that KTU is more than a university and more than technologies. This is a place where people discover their vocation and career path, pursue their hobbies and explore different areas of interest. It is a place where not only competencies are developed but values are formed,” says Giedrė Vaičiulienė, head of the KTU Public Communication Office.

Regardless of gender, nationality, age, or social and cultural context, the university is open to the most ambitious goals and the boldest dreams.

“With their success stories, scientific research and achievements, these KTU representatives prove that there is a person behind every technology,” believes Vaičiulienė.

Emphasising the aspect of gender equality in all fields of science, with this exhibition the university aims to encourage girls and women to choose technology or engineering as their major.

“With real examples from the academic community of KTU, we want to introduce their achievements and success stories to the public, as well as destroy stereotypes about the appropriateness of certain occupations for one or another gender,” says Vaičiulienė.

This is the second sequence of the “Women in Tech” project. The first cycle of interviews and photographs was published in 2019. 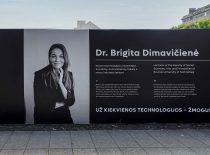 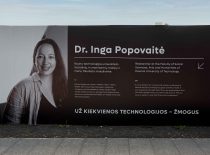 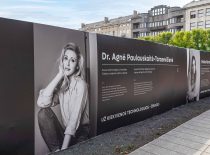 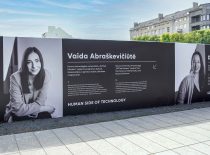 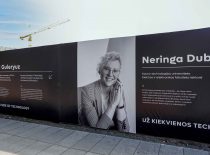 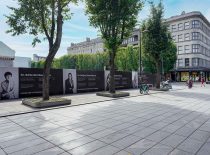