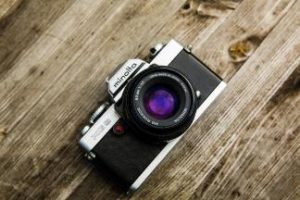 Kaunas is becoming more and more colourful with various languages spoken in the street, different cuisines offered by cafes and restaurants across the city. However, many of us are still too shy to talk to those who look and speak differently, to hear their stories and to inquire about their future plans.

A series of portraits of young people from India studying at Kaunas University of Technology (KTU) made by a young KTU Photo Studio photographer Inga Kerinaitė in a way fills in this gap.

“The portraits of young people from India, which have been exhibited at the university campus, speaks about the KTU Indian community in pictures. It provides an encouragement to get to know this community better”, says Kerinaitė.

At the moment, the exhibition is on display at Ugnė Karvelis gymnasium (Kaunas, Akademija District). Later, the series of portraits, comprising the first moving exhibition of KTU Photo Studio, will be travelling to other schools across Lithuania.

According to the young photographer, Indian students were very happy to take part in the project: “They kept writing me and asking, when the portraits will be on display”.

Kerinaitė says that during the photo sessions her models were mainly talking about everyday issues, about their challenges and joys. Some of the students still are the photographer’s friends.

“They told me how they liked winter and were excited to see snow, they were happy about the friendliness of people. The students enjoyed the quality of studies at KTU, the University’s laboratories and the excellent work conditions in them”, Kerinaitė recalls.

The series of portraits was created for the occasion of the 40th KTU Photo Studio anniversary. Last autumn, they were displayed in several spaces across the University campus.

“I think that the attention we showed to the Indian community at KTU is a step towards their deeper integration into the university and Kaunas society”, says Kerinaitė.

There are around 300 students from India studying at KTU at the moment.