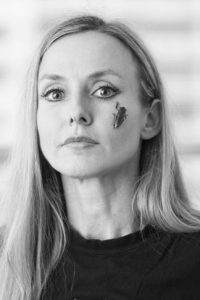 ‘Zooetics: Interspiecies Ecology – Multidisciplinary Perspectives on Art, Science and Technology’ at Kaunas University of Technology (KTU) Santaka Valley was introduced by Gediminas Urbonas, a winner of Lithuanian National Prize, a professor at Massachusetts Institute of Technology. The discussion following the seminars will be moderated by Oxford Brooks University professor and historical fiction writer Tracey Warr.

The term zooetics appeals to the expansion of human cognition and nearing it to the other life forms. The seminar cycle on zooetics began with exploring and expanding the terms ‘anthropocene’ and ‘interspecies communication’.

This is the first time the theme is being explored in such extent and scope in Lithuania.

Anthropocene: the Definition of Our Times

In the first lecture ‘Sense, Sensors and Sensitivity’ biologist by education and journalist by trade Christian Schwägerl provided an overview of how the Anthropocene idea came into existence, what changes in the geosphere, biosphere and the ‘knowosphere’ it stands for and how it changes the way ‘we’ view the Earth, Nature and ourselves.

‘Anthropocene’ is a term coined by a Dutch chemist Paul Jozef Crutzen which describes the new geological era of the Earth – the times we all are living at. The term is currently more and more often being used for describing the influence of human activities on the surface of the Earth, on its climate and environment, including global warming, atmospheric, oceanic and soil changes, expansion of invasive species and distinction of current species.

How our attitude towards the Earth, nature and ourselves is changing? What collective efforts will be assumed by the humanity which continues to realise the Anthropocene by philosophical, technological and civic engagement means? How Anthropocene will change the world and how the term could be employed to help us to get rid of the anthropocentric attitude, to appreciate and to understand the world and the existing life forms? These are the topics that were discussed in Schwägerl’s lecture.

Born in 1968, Schwägerl is a Berlin-based journalist, author and biologist. He holds Georg von Holtzbrink prize for science journalism and Ecosense prize for exploring environmental topics in journalism. Schwägerl is the author of the Anthropocene book Menschenzeit, published in German in 2010. The book subsequently inspired The Anthropocene Project by Haus der Kulturen der Welt (HKW) Berlin, which Schwägerl helped to initiate and conceptualize, and the special exhibition Welcome to the Anthropocene at the Deutsche Museum Munich, which will be shown from December 2014 to January 2016.

People Are Pushing the Animals Out

Jeremijenko introduced her method overstepping traditional boundaries between biological species and science fields, which, as she is convinced, can lead to biologically diverse and healthy future for our cities. She invited to reflect and notice other life forms, such as wild animals, who move into cities when their natural habitat is shrinking.

Researcher, artist, engineer and innovator, Jeremijenko believes that new technologies can fuel positive changes in society. She is a founder of Environmental Health Clinic (EHC) in New York city.

EHC is a laboratory where health is considered to be an issue of collective and not of an individual responsibility. EHC research materials, information and ‘prescriptions’ can be used by society groups, local organisations or communities.

Named amongst the 2013 Most Innovative People, the most influential women in technology 2011, one of the inaugural top young innovators by MIT Technology Review and 40 most influential designers, Jeremijenko is an Associate Professor in the Visual Art Department, New York University. Previously she was on the Visual Arts faculty at University of California San Diego, Faculty of Engineering at Yale University, a Visiting Professor at Royal College of Art in London, a Distinguished Visiting Professor in the Public Understanding of Science at Michigan State University, and a Visiting Global Distinguished Professor at they NYU College of Arts and Sciences. Her degrees are in biochemistry, engineering, neuroscience and History and Philosophy of Science.

The seminar cycle ‘Zooetics: Interspiecies Ecology – Multidisciplinary Perspectives on Art, Science and Technology’ is being funded by Agency for Science Innovation and Technology, Lithuanian Ministry of Culture and Lithuanian Cultural Council.

The seminar cycle, organised in collaboration with KTU, is a part of educational programme ‘Frontiers in Retreat’ partially funded by European Commission. The above reflects the opinion of the authors – the EC is not responsible for the contents of the news article.

Watch the recording of the lecture online: