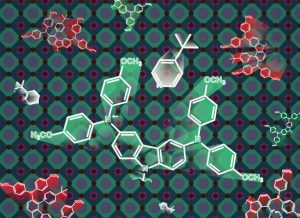 Group of chemists at Kaunas University of Technology (KTU), Lithuania together with the physicists from Vilnius University and Swiss Federal Institute of Technology, Lausanne (EPFL) have uncovered one of possible reasons behind short lifespan of perovskite solar cells and have offered solutions to avoid this. According to the scientists, hole transporting materials used in the new generation solar cells are reacting with one of the most popular additives – tert-butylpyridine – and this has negative impact on overall device performance.

Although perovskite solar cells are attracting attention because of their increasing power conversion efficiency, low-cost materials and relatively simple fabrication process, these new generation solar cells are still in the early stages of commercialisation in comparison to “mature” solar technologies. One of the main concerns is the stability and relatively short lifespan of the perovskite elements. 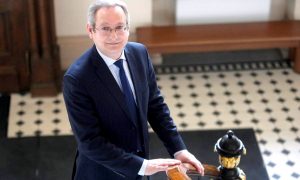 Professor Vytautas Getautis from the KTU Faculty of Chemical Technology says that so far no attention has been paid to the possible interaction between the elements of the solar cell. For the first time, KTU chemists uncovered the chemical reaction between the components of the hole transporting layer composition – the semiconductor and the additive used to improve the performance of the solar cell.

“We have raised a hypothesis that tert-butylpyridine, which is a routinely used additive for improving performance, is reacting with semiconductors, i.e. hole transporting materials in the solar cells. Due to the reaction, the efficiency of the hole transporting material declines, as the new pyridinated products are formed, and this has negative influence on the performance of the cell”, explains Professor Getautis.

First, the KTU chemists synthesized and characterized the pyridinated products, which hypothetically could diminish the efficiency of hole transporting materials. Then, the EPFL physicists (under Prof Mohammad Khaja Nazeeruddin) confirmed the presence of the products in the aged perovskite solar cells by means of mass spectrometry, and proved their negative influence on the overall device performance.

“The concentration of these products is very low after several months of ageing of the cell. However, the detection of the harmful substances after exploitation opens new avenues in the production of the long-term stable perovskite solar cells”, says Professor Getautis.

KTU scientists are offering several solutions to avoid this problem. Their first suggestion is to use less-nucleophilic or sterically hindered pyridine derivatives. Another option would be changing the molecular structure of the HTM so as it would not react with tert-butylpyridine.

KTU scientists’ findings were published in the article “Pyridination of hole transporting material in perovskite solar cells questions the long term stability”, which was labelled Hot Paper by the Journal of Materials Chemistry C published by the Royal Society of Chemistry in July 2018.