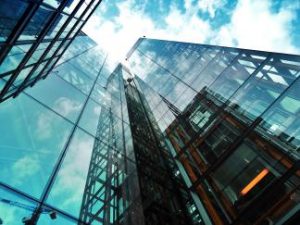 Lithuania is now the 16th most business-friendly country in the world, according to the World Bank’s Doing Business 2018 index, Invest Lithuania informs.

Lithuania climbed 5 positions in the annual ranking – which rates 190 countries on their business environment – and now sits ahead of the likes of Ireland (ranked 17th) and Germany (20th).

Furthermore, Lithuania is the only country in the Central and Eastern European region to have improved its position in the Doing Business index this year. Every other country in region saw its ranking slip, with the exception of Estonia which was a non-mover.

For the index, the World Bank assesses the progress of countries across ten criteria. It recognized that since the last Doing Business index, Lithuania has made positive reforms in four key areas: obtaining construction permits, connecting to electricity networks, protecting minority investors, and paying taxes. Lithuania was 2nd in the whole of Europe and Central Asia for the number of reforms leading to an improvement in the conditions for business.

Foreign companies considering potential investment locations pay close attention international rankings when compiling their so-called long lists of possible countries. And the Doing Business index is the most well-regarded of these rankings. So, Lithuania’s considerable rise this year should ensure it features on the long lists of many companies looking for investment locations.

The living proof of the improvement of Lithuanian climate for foreign investors is more than 250 million euros, which will be invested in international business development in Kaunas region. A lot of the investment is going into building or expanding production sites and offices in Kaunas Free Economic Zone.

Kaunas FEZ is benefitting from being located next to a large city famous for industrial and technological traditions. The label of “technological city” is certainly attractive to the investors and Kaunas University of Technology plays a crucial role here. A pool of highly qualified professionals is often mentioned as one of the main reasons for choosing Kaunas.

“Our new production site will not be a factory; therefore, we are looking for highly qualified staff. Are we planning to invest into universities, which could prepare the much needed professionals for us? In the future, probably yes. We have already started to discuss this with KTU”, says George Maliekel, the President and the General Manager of Hollister Incorporated, global manufacturer of medical devices and equipment.

It is being estimated that at least 600 new jobs will open for different professionals in Kaunas region in a few years. It promises a great perspective not only for future graduates, but also for Lithuania – opening career possibilities should play an important role in decreasing emigration and brain drain.