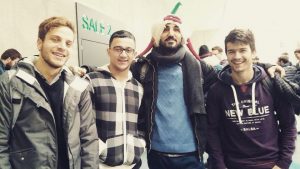 Study Master’s at KTU for free: competition for state scholarships is now open
Important
KTU student Marko from Ukraine: our nations like each other
Important
Freshly from KTU: meet Maryna from Ukraine
Important
KTU offers free studies for Ukrainian students
Important
Food engineer Nóra from Hungary: we are what we eat
Important
Damira Smagulova from Kazakhstan: KTU Students Get Much More Practical Experience
Important

KTU student from Ukraine: we will be forever grateful to Lithuania

“It is very challenging to focus on studies while war is waging in my country,” says Yusef Savid from Ukraine, studying master’s in Artificial Intelligence in Computer Science at Kaunas University of Technology (KTU). Yusef chose computer science after graduating from mechatronics at KTU and says that studying IT is much more fun.

Being a citizen of Ukraine, Savid was eligible for the state scholarship. 30 grants (scholarships and grants covering the study cost) are provided to the Ukrainian citizens aiming to study masters by the Lithuanian state.

“I have slowly grown to love Lithuania and Lithuanians more and more since coming here,” admits Savid who has been living in Kaunas since 2016.

He says that due to the stance Lithuania took in supporting the Ukrainian fight against the Russian aggressor, his respect and love for our country has grown even bigger.

The Ukrainian student has chosen Kaunas, Lithuania due to its proximity to his home country, so he could visit during the holidays. Also, the cost of living is affordable, and the summers are beautiful (he does not enjoy Lithuanian winters as much as some other international students do, Savid says).

In addition, communication with people is easy even without speaking Lithuanian.

“Many people here know more than one language – they speak English or Russian and are very fluent in those languages. Although I haven’t been able to learn Lithuanian, this is now changing – this March I am taking up a Lithuanian class,” says Yusef.

Data science and programming is a lot of fun

Living in Kaunas for five years now, Yusef enjoys student life to the full. From the first year of his bachelor’s, he was a member of the KTU powerlifting team and had won several medals in the national Lithuanian competitions.

“If they have the ability and the motivation, I would recommend any student to join the sports team of the sport they’re interested in. KTU provides everything needed – transportations, bookings, allowances and other things for travelling to competitions. To be honest, I would say that the time I had with my team was among the most fun moments of my bachelor’s,” says Savid.

He was successful not only in sports – Yusef was granted a scholarship from the Lithuanian state for his master’s. On a side note, he is now studying in a different major than his undergraduate studies.

“I simply enjoy studying IT more than other engineering-related disciplines. I didn’t have nearly as much fun studying as I do now,” says a KTU student from Ukraine.

Although he admits that not everything in the broad computer science field is equally interesting, he enjoys learning the subjects related to artificial intelligence and data science. Working with data, extracting important information, using programming and statistics is something that Yusef likes a lot.

The student has already completed a traineeship, which involved a lot of programming, and is happy for all the opportunities – traineeships, exchange programmes – that the university is providing.

“I cannot think about anything I don’t like here. Except for the fact that it is currently very difficult to focus on my studies while the war is waging in my country,” says Savid.

All the steps in the right direction

“In the last days, I have become more and more hopeful as the Ukrainian army, Ukrainian citizens and the whole world is fighting against open Russian aggression towards our peaceful nation,” says KTU student, when asked how he felt watching the disturbing news from his country.

Although there are cases, when he thinks that the international community could do more for Ukraine and its people, Savid believes that this is changing – the world is slowly realising the threat and helping more and more. Weapons, humanitarian and financial support is what Ukraine needs at the moment, thinks Yusef.

“The Lithuanian government and Lithuanian citizens already did enough and I am sure Ukrainians will be forever grateful,” says KTU student from Ukraine.

Currently studying his master’s Savid does not think far into the future. He says that all the steps taken so far have led him in the right direction. Based on his experience, Yusef urges everyone to

apply for a master’s with the scholarship – the process is easy.

For those considering KTU as a study choice, he says: “Firstly, think long and hard about what you want to do and what interests you. However, it’s okay to start studying and realising that you don’t enjoy the programme you chose as much as you thought you would. KTU makes it easy to change programmes if needed. Secondly, I would say – just apply. KTU offers many opportunities for students you must consider taking.”

70 Lithuanian state scholarships for full-time Master’s degree or integrated studies will be granted to the citizens of selected countries, including Ukraine. The competition is organised by Education Exchanges Support Foundation. If you are considering studying master’s at KTU, pick your study programme, get accepted and apply for the scholarship by May 9, 2022.

KTU, similarly to other Lithuanian higher education institutions, is supporting the Ukrainian students fleeing the war by providing tuition-free studies in the study programmes taught in English. The support extends to the students in all study levels, including those who are currently studying at KTU.

Admissions to the academic year 2022/2023 are now open. Choose your study programme and apply now. 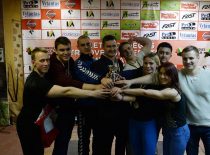 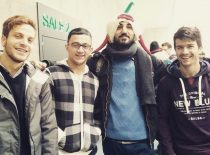 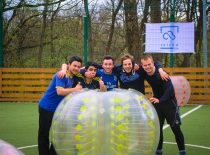 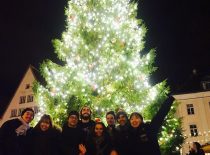 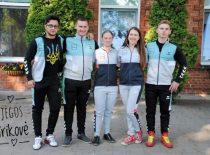 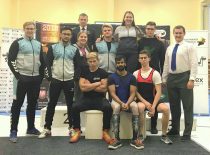 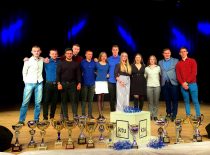