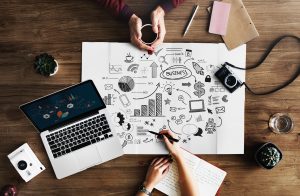 KTU professor: the companies who employ foreigners are always winning

In Lithuania, where the number of working-age people is constantly decreasing due to demographic factors, many companies face a shortage of qualified employees. According to Vilmantė Kumpikaitė-Valiūnienė, professor at Kaunas University of Technology (KTU), the companies should not shy from employing foreigners – research shows that this practice is usually beneficial and the perceived threats are almost always theoretical.

Migration is a global phenomenon. During almost 30 years of independence, more than 150 thousand Lithuanians have emigrated to other countries in search of better wages. However, in 2018 the number of people coming to live to Lithuania for the first time has exceeded the number of emigrants – more than 40 per cent of immigrants were citizens from other countries, mainly from Ukraine, Belarus and Russia. Often they come seeking better employment and work conditions.

“By employing foreigners the accepting country is winning, as it hasn’t spent a penny on their education or health care until they became of working age. These people are already “received” fully ready to integrate into the job market. Therefore, from a purely economic point of view, the receiving country is benefitting by employing foreigners, temporary or long-term residents of the country”, says Vilmantė Kumpikaitė-Valiūnienė, professor at KTU School of Economics and Business.

According to her, the opinions that foreigners can pose a threat to local culture, language or national values, are based on stereotypes and have no proof in reality.

The data from the Lithuanian Department of Statistics show that there are around 20 thousand free work positions in 2019, and this number has not changed much since 2017. According to the research findings provided by Government Strategic Analysis Centre, in 4 years’ time, 150 thousand of new employees will have to fill the positions available in the Lithuanian job market, 10 per cent of them will be managers. It is being estimated that 50 thousand skilled workers will be needed by 2022; in the following 4 years, the demand of highly skilled employees will increase by 4 per cent reaching 48 per cent of all job offers.

At the beginning of this year, engineers, IT specialists, preschool teachers and educators for pupils with special needs were among the most sought-after in the Lithuanian job market. Physicians are constantly in need in smaller towns such as Alytus, Utena or Marijampolė, and among the skilled workers, the most needed are construction workers, shop assistants, cooks and confectioners.

According to KTU professor, although there is more than one solution for filling up the job market, the employment of expats or, simply, foreigners is one of the most popular and easiest solutions, especially if the employment policies are favourable.

“The employment policies in Sweden, Germany or the Netherlands are especially favourable for foreigners. The Lithuanian job market is becoming more open, especially for Ukrainian citizens, however, our legislative framework is not very flexible. Lately, corrections are being made in order to make the employment of foreigners easier”, says Professor Kumpikaitė-Valiūnienė.

According to her, one of the alternatives of employing foreign citizens could be the preparation of the much-needed professionals at home, initiating requalification programmes. However, this requires a long-term strategy and significant investments.

“One more possibility could be virtual employment of Lithuanians living abroad – we have conducted research on this topic, and the results demonstrate that many Lithuanians living abroad would be interested to work remotely for Lithuanian companies full or part-time. This could include translation, consulting, finance management, editing, sales and other jobs. However, this is not an option for drivers, constructors or other similar professions”, explains Professor Kumpikaitė-Valiūnienė.