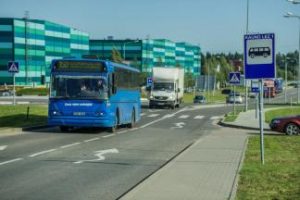 “As of the end of 2016, more than 85% of the companies in Kaunas Free Economic Zone fell in the SME category. In 2017, the zone is focusing on the provision of additional office space to cater for such clients, offering smaller companies the chance to rent office space rather than face the cost of building their own”, states the report by fDi Intelligence, service from Financial Times.

Vytautas Petružis, CEO of Kaunas FEZ says that establishment speed is a key requirement from many investors, and explains that for this reason a lot of attention has been dedicated to this area.

“Many efforts have been made, both by the Kaunas FEZ management company and the Lithuanian government, to make establishment as convenient as possible,” Mr Petružis points out. “Investment into infrastructure plus changes in legislation mean some companies have been able to establish operations in our territory in just 11 months. For example, the French delivery giant DPD began construction of their parcel sorting terminal in October 2013, and in September 2014 it was already in operation. This process would have taken at least twice as long outside the Kaunas FEZ territory,” says Mr Petružis.

Lithuania currently ranks 21st globally in the Doing Business index and 41st in the WEF’s Global Competitiveness report (both rankings for 2017). Major foreign investors in Lithuania include the likes of Barclay’s, General Electric, Hella, Hollister, Continental and many others.

Kaunas talent pool is one of the main reasons why global investors choose Kaunas, according to their representatives. Kaunas University of Technology (KTU) is traditionally the university in the region, which maintains very close relationships with business and industry, paying attention to their needs, regarding the prospective employees and collaboration in research field.

“KTU is developing and sustaining close cooperation with Continental, Hella Group and other new companies in the market. We are certain that the arrival of the global corporations will increase the demand of professionals working in electrical and electronics, logistics, manufacturing, mechanical engineering, informatics and informatics engineering fields. The increase of the intake of the students in these fields is already noticeable”, says Ms Slavickaitė.

Apply for the 2018 Autumn semester now.