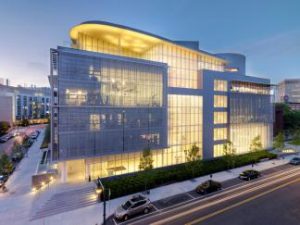 Interaction Between Science, Technologies and Art: Underlying Concept of the Emerging M-Lab at KTU

To create something that does not exist yet. To foresee future problems and to find solutions to them today. This ambitious goal is a main motivator behind the concept of unique in Europe media lab which is being developed by Kaunas University of Technology (KTU) together with partners. KTU’s M-Lab will focus on research on human and nature interactions.

KTU Rector Petras Baršauskas emphasizes the significance of M-Lab project: it is one of the main priorities of the University which aims to become an important research and innovations hub in the Baltics. The new incubator will invite researchers, artists and students from different fields to create together. KTU’s M-Lab will function as an important centre for unique collaborations and undertaking substantial projects influencing and collaborating with the city and the state.

‘I am convinced that Lithuanian business is mature enough to become socially responsible and to care not only about profit, but also about creating environment which fosters health and wellbeing. The time has come for social responsibility, sustainable development, innovative city conception and preventive healthcare’, said Baršauskas.

The unique project will be undertaken in several stages and it is expected to be implemented until 2018.

Ideas that Change the World

KTU’s concept of unconventional research and innovation centre is based on MIT Media Lab, established in the world’s best university. Founded in 1985, MIT Media Lab actively promotes a unique, antidisciplinary culture, going beyond known boundaries and disciplines, encouraging the most unconventional mixing and matching of seemingly disparate research areas.

The security hologram for bank cards, video camera filming in the speed of trillion frames per second, which can capture photonic movement, LEGO Mindstorms models, conception of the idea to create personal computer which costs only 100 US dollars for children living in developing countries, robots expressing human emotions are only a few of several thousand inventions and innovations created at MIT Media Lab.

‘Interdisciplinary research lab at Massachusetts Institute of Technology aims to develop projects that incorporate technologies, multimedia, research, art and design. Art and humanities are an integral part at MIT Media Lab, which provides researchers from science and technology the opportunity to complete education. This makes their rhetoric more convincing, their proposals more visually attractive and their project design more sophisticated’, said Urbonas.

Anthropocene Is Defining Our Times

Open lecture series Zooetics, which took place at KTU Santaka Valley in December 2014 was the first step in the development of KTU’s M-Lab project. The lectures, which gained vast popularity among university and city community, introduced interdisciplinary perspectives for collaboration between art, science and technologies, the concept of interspecies communication. Globally famous artists, researchers and writers were discussing controversial and revolutionary ideas about man and nature.

One of the most important terms in this context is Anthropocene. Coined by Nobel Prize winner Dutch chemist Paul J. Crutzen the term defines our times, and is aiming to become a definition for a geological epoch we are living in.

Anthropocene is often referred to as times where human activities made deep changes to the surface of the Earth, its climate and environment including global warming, changes in atmosphere, waters and soil, overpopulation of invasive and decline of other species.

In January 2015 the first introduction of M-Lab to potential investors, organised by KTU Business Council took place. In the end of February, during KTU Career Days the project was introduced to even wider business audience. The unique, innovative project attracted great interest from business community.

‘Both the University and the State sees KTU’s media lab as a profitable investment possibility. It is perceived as a huge step forward, opening vast possibilities for further research. Unconventional ideas which can be tested here and now at a small laboratory-incubator is the future of innovative economy. This idea has been proved as very successful in the United States and other countries’, said KTU Vice-Rector for Research professor Asta Pundzienė.

Scientist working at a laboratory for unconventional research can be compared to a piano player, who turning around in his piano stool finds everything that he or she needs just by reaching out: from research to creating new knowledge, to production, so as the conceived idea would become functioning prototype of a product or a service.

Urbonas of MIT is convinced that KTU creates profound knowledge which through business and entrepreneurship system, functioning at KTU Santaka Valley, can offer technological solutions for companies and organisations. M-Lab will be a platform where interaction among interdisciplinary thinking and research, technology and art will inspire broad cultural development.

Almost a quarter of business representatives who participated in the presentation were ready to join the ambitious project and to create future products and services together with researchers and artists, according to Pundzienė.

Those who invest into unconventional research and innovations never seek instant profit. Most leaders of the modern business world are aware of long-term value of innovations and the benefits of the new knowledge flowing into their businesses.

50 % of the annual MIT Media Lab budget, which is around 50 million US dollars, is funded by private companies. The companies, paying an annual fee are equal team players in idea generation and realisation process, and they also benefit from its implementation.

Baršauskas, KTU rector, is convinced that success of M-Lab depends largely on the maturity of Lithuanian businesses, on how openly they can accept the new level of social responsibility and perceive future challenges.