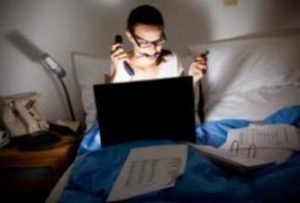 “Crafts, matter and digital reality blending with material world defines the first generation of 21st century – Generation M,” says Dimitris Papadopoulos, reader in Sociology and Organisation at the School of Management, University of Leicester. Together with other distinguished researchers, he took part in the second Zooetics lecture series at the Kaunas University of Technology (KTU).

Papadopoulos is currently finishing a book Political Posthumanism. Movements of Technoscience, a study of the political and ontological implications of alternative experimentation with technoscience. We talked with Dimitris about ourselves – the first dwellers of the 21st century.

You mention the Generation M – who are they and how they can be defined?

In my work I analyse particular moments in time, when people are, or were into making things. The name of the generation comes from this word “making”, it took the first letter of it. The “making” encompasses, without a doubt, other activities: hacking, tweaking and many more.

How is this generation related with generation X and Z? Does it go after them?

I am for sure not going to become the godfather and lead the transformation of the previous generation to Generation M. My goal is to reveal that something is going on differently in the sphere, where we touch upon society and reality. Moreover, something is changing about technology and technoscience, which are already parts of our life. We, Generation M, perceive our relation with global ecology already slightly different.

If we combine all these three things – social sphere, technoscience, and perception of global ecology – we would get what is called interface in today’s cultural studies.

Today we know a lot more than previous generations knew. More and more people acknowledge that world is in the middle of environmental crisis. In addition, we see that technoscience became part of our everyday life and penetrates it even deeper. All these things characterize Generation M.

In other words, it’s not a mistake to call it the generation of innovators?

Without a doubt. That is, perhaps, the best definition of the generation. Innovations are at its core. It is important, however, what kind of innovations we are talking about.

I am trying to say, that with Generation M innovation is becoming open and widespread, it does not longer stay only in the community, which created it.

In your books you claim that our generation lives already in a different Earth: it is polluted, and everyday life is influenced by constantly changing climate. What the Generation M should do? Try to coexist or attempt to save its planet?

It is one very difficult question. If I could give exact answer, I would not be sitting here. I believe, however, that learning to coexist is the way to change things. The central problem is that we did not acquire knowledge how to coexist and adapt.

We learned only to coexist concentrating on our life path, which fits only to our small human world. If we knew how to coexist in harmony with nature, other ecological systems, organic or inorganic materials – this would be very big step towards changes.

You have mentioned that we are different from previous generations. The easy noticeable trait of contemporary human beings is that they do not work anymore in a fixed space. They have laptops and wireless connection. How the workspace of Generation M looks like?

Yes, it is one more characteristic of Generation M. Usual workspace in the office moved to bedroom or living room, cafe or friend’s home, parks or co-working spaces. To tell the truth, this shift has a limit. This limit is the possibility to make things. We used to think, that everything can be manufactured at the factories only, but Generation M is able to manufacture, make things at home or in the community circle.

This is one more form of neo-liberal production, but it differs rather considerably from the way the previous generations were working.

Communities and social movements of Generation M are to make a big step forward. What kind of step will it be?

This step is the essence of my work. We are used to think, that social movements address particular social institutions. For instance, if there are many people looking for work, they address employment agencies or job centers. When we have ecological problem we address municipality or ministry, which is responsible for environmental protection or ecology.

Often social movements are associated with protests and demonstrations. I would like to say, that changes are already there – inside these movements. They care less about the protests, but concentrate more on alternative ways of life.

It happens, when people do not ask for help from authorities, but reconfigure materiality of our existence. For example, if you want to create an alternative ecological way of life, you can establish an interspecies community, and alternative agricultural economy, or take measures to modernize ecology. There are many cases, when social movements change ontology of our life.

What is then the fate of Generation M?

Question is really not an easy one. Generation M is one of a moment, it is difficult to put it in a time constrain. It develops now and I do not know, what is coming. It is important to me, that we would stop thinking about generation, as the group of particular age.

Generations will diversify, because there is no other way, how they could communicate with each other. I do not know, what the next generation will be. I believe, however, that it will be a way more logical than the present one.