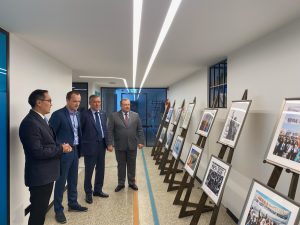 KTU students love Lithuanian Christmas: one big decoration and a lot of snow
Important
Damira Smagulova from Kazakhstan: KTU Students Get Much More Practical Experience
Important
Interested in studying at KTU? Chat to our students
Important

Earlier this week, an exhibition dedicated to celebrating Kazakhstan as a nuclear-free state was opened at the KTU Student Infocentre. The exhibition will run until the end of next week.

“This year, Kazakhstan and Lithuania are celebrating the 30th anniversary of establishing diplomatic relationships between our countries. A lot of work has been done in three decades, and cooperation in political, trade, economic, cultural and humanitarian gets stronger every year. Celebrating this anniversary, we could not ignore Kaunas, a city rich in history, where many friends of Kazakhstan live,” said Baigabyl Mamlin, Counsellor of the Embassy, greeting the university community and the Kazakh students present at the opening.

He noted that it was symbolic to celebrate the anniversary in 2022, the year of Kaunas having a status of a European Capital of Culture. He thanked Kaunas University of Technology for taking good care of the Kazakh students.

Initiative to move towards a nuclear-free world

The exhibition, which will run until the end of the next week, is dedicated to the closing of the Semipalatinsk nuclear test site. The test site was closed on August 29, 1991, thus starting the anti-nuclear movement across the world. During more than four decades of operation, more than 500 explosions were carried out in Semipalatinsk, and at least 1.5 million people suffered from the long-term effects of radiation. Following the closure of the Semipalatinsk test site, Kazakhstan voluntarily renounced the possession of nuclear weapons in 1992. At the initiative of Kazakhstan, the 29th of August is celebrated as the International Day against Nuclear Tests.

“I hope that humanity will not have places like this in the future. The exhibition is especially relevant to us today when there are still countries in the world threatening their neighbours with nuclear weapons,” said KTU Vice-Rector for Studies Jonas Čeponis.

He also expressed hope that the cooperation with Kazakhstan in the higher education sector will become closer.

The Counsellor was accompanied by Nurkhan Kussanov, the First Secretary of the Embassy of the Republic of Kazakhstan in Lithuania and Kazakhstan Honorary Consul Albertas Milinis. After the opening of the exhibition, the representatives of the government met with Kazakh students studying at KTU. Later, a short lecture on migration procedure led by Kaunas police officer Audra Geceviciene was held.

Currently, there are 16 students from Kazakhstan studying at KTU; more than half of them participated in the meeting with their country’s officials. Representing a range of faculties and majors, the Kazakh students were happy with the quality of studies and Kaunas city life.

“I like that my study group is small and I get a lot of personal attention from teachers,” said Nurassyl, a first-year student Public Governance student. His thought was reciprocated by Amira, a third-year student of aviation engineering.

Mostly coming from the capital city, Astana, the students agreed that Kaunas is much quieter to live in.

“Kaunas is suitable for people who don’t like too much attention. It’s a beautiful and perfect place to study,” said Abylkhaiyr, a first-year student of civil engineering who arrived here just a month ago.

Alikhan, studying electrical engineering is happy to have the opportunity to study in a truly international environment – in his class, there are Ukrainians, Turkish and other nationalities studying together.

Although happy to be here, all the students admitted missing their national kitchen, especially beshbarmak, a dish made from horse meat. Overall, the Kazakh kitchen is mainly meat-based.

“We eat more meat in a day than Lithuanians eat in a week,” joked Nurassyl. 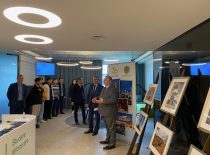 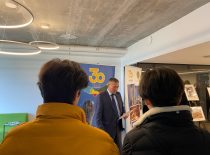 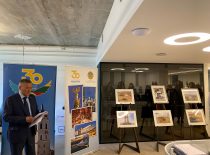 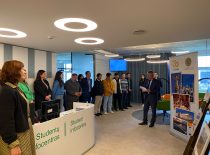 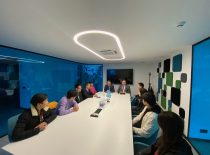 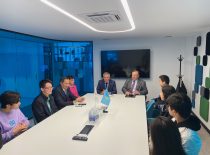 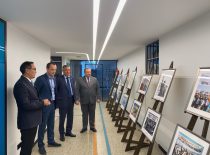