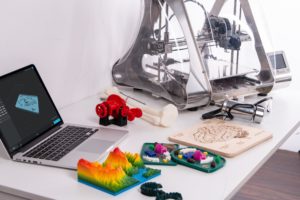 Lithuanian researchers from Kaunas University of Technology and Vilnius University synthesised and tested a bio-based resin for optical 3D printing (O3DP). The bio-based resin made from renewable raw materials proved to be universal for both table-top 3D printers and state-of-the-art ultrafast laser, suitable for O3DP in the scales from nano- to macro- dimensions. This, according to the researchers, is a unique property for a single photo-resin.

Optical 3D printing (O3DP) is a rapid prototyping tool and an additive manufacturing technique being developed as a choice for efficient and low waste production, yet currently associated with petroleum-derived resins. During O3DP, the photo-curable resin is solidified by treating it with light; such technology makes 3D printing very flexible and precise – the elements can reach sub-micrometres, and also can reach macro- dimensions. The main shortcoming of O3DP is connected to the limitations of the printing materials: their origin, physical and chemical properties, which make the resins not suitable for all setups.

“A universal bio-based resin developed by KTU researchers can be used for a multi-scale 3D printing. Up to now, no single resin was developed which would allow manufacturing of ultra-fine nano-/micro-features and macro-objects out of the same composition”, says Dr Mangirdas Malinauskas, Laser NanoPhotonics Research Group Leader at Laser Research Centre of Vilnius University (VU).

During the experiment conducted by VU researchers, a multi-scale (up to 5 orders) optical 3D printing of bio-based compound was performed using both state-of-the-art laser nanolithography setup and a common table-top 3D printer. Additionally, chess-like figures were made in an industrial line commercially delivering small batch production services (3D Creative). The bio-based photo-resin proved suitable for all applications without any further modifications. According to Dr Malinauskas, this is a unique property for any single photo-resin (regardless of its origin).

The novel bio-based photo-resin was developed at Kaunas University of Technology (KTU). The research group working at the KTU Department of Polymer Chemistry and Technology and headed by Dr Jolita Ostrauskaitė designed formulations of photo-curable resins for optical 3D printing, as well as synthesised, characterised and investigated the rheological, mechanical, thermal properties of polymer materials obtained from these resins.

According to her, the biggest advantage of the novel bio-based photo-curable resin is the ability to obtain their components from renewable raw materials, moreover, these components can be purchased in commercially large quantities.

Although the novel bio-based photo-resin is not commercialised yet, the researchers claim that it could be used immediately on demand in industrial lines as it was shown to be compatible with commercially available setups of JSC 3D Creative. As the developed material is still very new, further investigation is needed for its safe and economical use in industry.

This eco-innovation is advanced further within the InterReg project EcoLabNet, a Baltic region-based network consisting of RDI and SME’s. 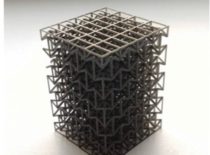 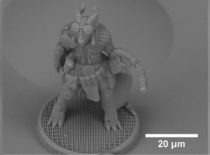 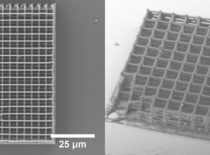