Professor Klaus worked as the first non-communist minister of finance (from December 1989) after more than forty years of the communist regime; he worked in this position until July 1992.

The title of Honorary Doctor was awarded for the world-class economic achievements. 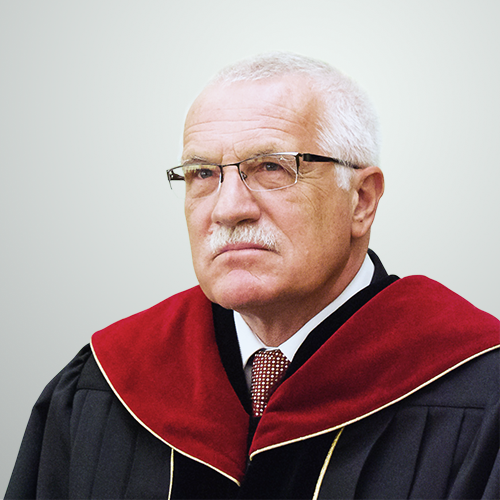