Klaus Martin Schwab (Germany) is the founder and chairman of the board of the World Economic Forum, international organisation initiating the cooperation of public and private sectors, Doctor of Economics and Engineering Sciences.

Professor was the pioneer in the development of private-public partnership, social entrepreneurship, complex approach of the interested groups and other concepts.

In 2004, Professor Schwab received the Dan David Prize and established a new foundation “Forum of Young Global Leaders” for the persons under 40.  In seven years (2011) he established “Global Shapers Community” for potential leaders at the age of 20–30. The main objective of both foundations is to integrate young people, as a strong voice of the future, in the global decision making process and to encourage their participation in specific projects addressing social problems.

The 45th Honorary Doctor of KTU has also prompted the establishment of the Network of Global Agenda Councils consisting of more than 1,500 key experts, who address the challenges related to the global, regional and industrial development.

During his scientific career Professor Schwab has received many international and national awards.

Klaus Schwab was awarded the title of Honorary Doctor for the promotion of economic knowledge, development of advanced concepts and social entrepreneurship, for the support for young business and contribution to the development of the concept of the fourth industrial revolution. 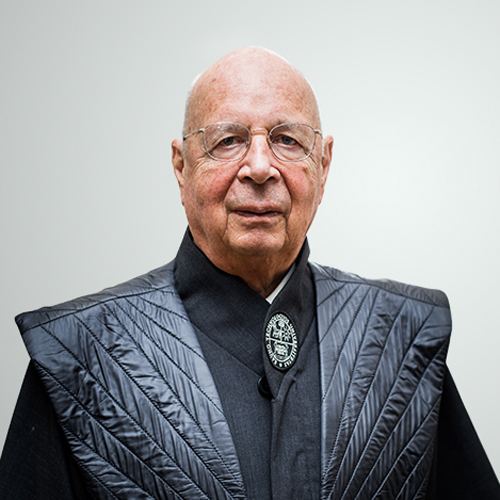