In 1951–2001, he worked as a lecturer at Kaunas University of Technology (former KPI), in 1962–1989, he was the head of the Department of Textile Technology at the Faculty of Light Industry, he was the chairman of the Commission of Traditions and Festivals, in 1992–2001 – member of the Senate, from 2001 – Professor Emeritus.

Matukonis made a significant contribution to the development of technical science and textile industry in Lithuania; he is the author of 11 inventions, 9 of them created in cooperation with other inventors.

Fields of his scientific research: mechanical and technological properties of the new kind of artificial and synthetic yarn, and their products, composition and properties of heterogenic textiles under conditions of extensive deformations, properties of linen yarn and fabrics, expansion and improvement of their assortment.

Professor published more than 350 articles in Lithuanian and foreign journals – mostly on the issues of scientific research of textile technology and material science, also on the topics of the history of higher education in Lithuania and development of textile industry.

Matukonis cooperated in the preparation of articles on the topic of textile for three multi-volume Lithuanian encyclopaedias; he was their scientific consultant and reviewer.

The title of Honorary Professor was awarded for the promotion of textile science and contribution to the development of textile industry in Lithuania. 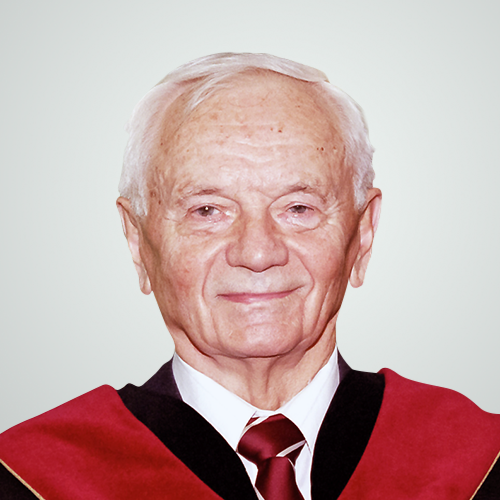